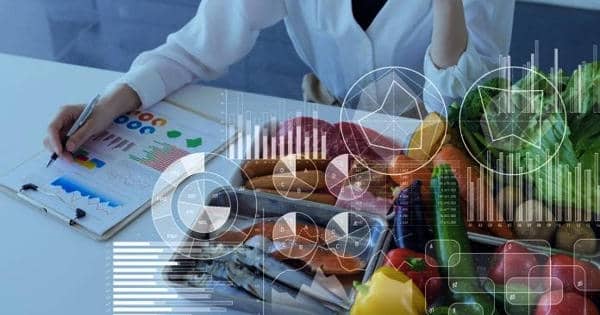 A new mathematical model for the interaction of bacteria in the gut could aid in the development of new probiotics and disease-prevention diets. Chalmers University of Technology in Sweden conducted the study, which was recently published in the journal PNAS.

“Intestinal bacteria play an important role in health and disease development, and our new mathematical model could be extremely useful in these areas,” says Jens Nielsen, Professor of Systems Biology at Chalmers and the study’s lead author.

The new paper describes how the mathematical model performed when making predictions for two previous clinical studies, one involving Swedish infants and the other involving obese adults in Finland.

A new mathematical model for the interaction of bacteria in the gut could help design new probiotics and specially tailored diets to prevent diseases.

The studies involved regular measurements of health indicators, which the researchers compared to predictions made by their mathematical model — the model proved to be highly accurate in predicting multiple variables, including how a switch from liquid to solid food affected the intestinal bacterial composition of Swedish infants.

They also looked at how the intestinal bacteria of obese adults changed after they switched to a more restricted diet. Once again, the model’s predictions proved to be consistently correct.

“These are very promising results, which could pave the way for computer-aided design of a very complex system. As a result, our model could be used to create personalized healthy diets, with the ability to predict how adding specific bacteria as novel probiotics might affect a patient’s health “Jens Nielsen says.

Many factors at play

All of these variables make predicting the effect of adding bacteria or changing one’s diet difficult. To begin, one must comprehend how these bacteria are likely to behave once they enter the intestine, as well as how a change in diet will affect the intestinal composition. Will they be able to grow there or not? How will they interact with and possibly affect the bacteria that are already present in the gut? How do different diets affect the intestinal microbiome?

“Because it takes into account all of these variables, the model we developed is unique. It combines information about individual bacteria as well as their interactions. In its calculations, it also includes data on how food travels through the gastrointestinal tract and affects the bacteria along the way. The latter can be measured by analyzing blood samples and looking at metabolites, which are the end products formed when bacteria break down various types of food “Jens Nielsen says

The data used to build the model was gathered from pre-existing clinical studies that spanned many years. As more data is obtained in the future, the model can be updated with new features, such as descriptions of hormonal responses to dietary intake.

Research on diet and the human microbiome, or intestinal bacterial composition, is a field of research that generates great interest, among both researchers and the general public. Jens Nielsen explains why: “Changes in the bacterial composition can be associated with or signify a great number of ailments, such as obesity, diabetes, or cardiovascular diseases. It can also affect how the body responds to certain types of cancer treatments or specially developed diets.”

Working with the bacterial composition thus has the potential to influence disease progression and overall health. This can be accomplished through the use of probiotics, which are carefully selected bacteria that are thought to contribute to better health.

Jens Nielsen and his colleagues will apply the model directly in clinical studies in the future. They are already collaborating with Sahlgrenska University Hospital in Sweden on a study in which older women are being treated for osteoporosis with the bacteria Lactobacillus reuteri. It has been observed that some patients respond better to treatment than others, and the new model could be used as part of the analysis to figure out why.

Cancer treatment with antibodies is another area in which the model could be used to analyze the microbiome, assisting in understanding why some patients respond well to immunotherapy while others do not.

“This would be a huge help if our model could start identifying bacteria that could improve cancer treatment. We believe it has the potential to make a significant difference in this situation “Jens Nielsen says.