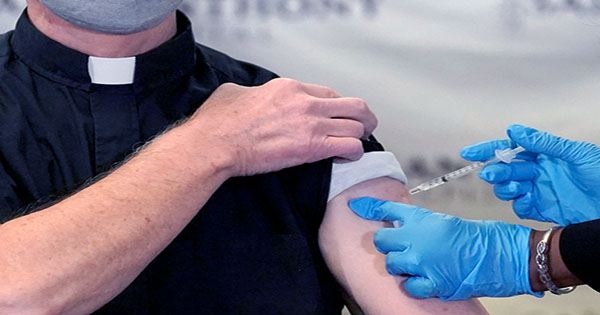 It turns out that Pope Francis has a lot to say about the myriad social injustices that occur around the world, as well as the perpetrators of these injustices. On Saturday, Francis spoke virtually at the fourth World Meeting of Popular Movements, addressing issues such as the pandemic and subsequent inequity in vaccine distribution, the assassination of George Floyd, the ongoing hunger crisis, the fossil fuel industry, and tech giants, and calling on the world’s powerful entities to step up. He took the lead by urging pharmaceutical companies to withdraw their COVID-19 vaccine patents in order to make the vaccinations more readily available in poorer countries.

“I demand that all of the world’s leading pharmaceutical companies relinquish their patents. Allow every country, every people, and every human being to have access to vaccines as a humanitarian gesture. In certain nations, barely 3 or 4% of the population has been vaccinated, according to the Pope’s message. The World Health Organization (WHO) identified vaccine nationalism as a key threat to preventing the pandemic months before the first COVID-19 vaccine was approved. It was true that the world’s wealthiest countries purchased and hoarded vaccines, resulting in a significant gap between them and the world’s poorest countries, many of which have yet to get the doses promised by the West.

More than 80% of all COVID vaccination doses have been delivered in high- and middle-income countries so far. In low-income nations, only 2.7 percent of people have received the COVID vaccine. According to current research, the majority of individuals in the world’s poorest countries will have to wait until 2023 to acquire a COVID vaccine. Sixty-six percent of Americans, on the other hand, are completely vaccinated, with booster injections already given. The Pope also urged tech companies to stop “exploiting human weakness, people’s vulnerability for the sake of profits, without caring about the spread of hate speech, grooming, fake news, conspiracy theories, and political manipulation,” as well as the media to “stop the logic of post-truth, disinformation, defamation, slander, and the unhealthy attraction to dirt and scandal, and to contribute to human fraternity and empathy with those who are most deeply damaged,” and to “contribute to human.

He also called for an end to the production and sale of weapons, as well as for the fossil fuel sector to cease polluting and for the food industry to stop imposing monopolistic systems that are “withholding bread from the needy.” He challenged the world’s most powerful countries to halt neo-colonialism by ending aggressions and unilateral sanctions against any other country anywhere on the planet. Finally, he had some things to say about the economic system in which we live. “With its unrelenting profit logic, this system is eluding any human control. It is time to slow down the locomotive, which is speeding into the abyss out of control. “There’s still time,” stated Pope Francis.

Many have pointed out that, although broadly agreeing with the Pope, the Catholic Church is a powerful worldwide player that has not lived up to His Holiness’ intentions and goals. Just this summer, the Vatican warned Italy with diplomatic ramifications if a new hate-crime measure – which would have extended the law’s protection to disabled and LGBTQ+ individuals – became law. On the other hand, of course, the Church’s well-documented abuse of minors, which was recently highlighted in French research that revealed the Catholic Church, has failed to prevent and disclose the abuse of over 215,000 children since the 1950s.

Inflammatory Bowel Illness is Protected by a Key Growth Factor

How can Regular Exercise help to Prevent Fatty Liver Disease?