Home Health Scientists are Working on a Sperm-blocking Contraceptive 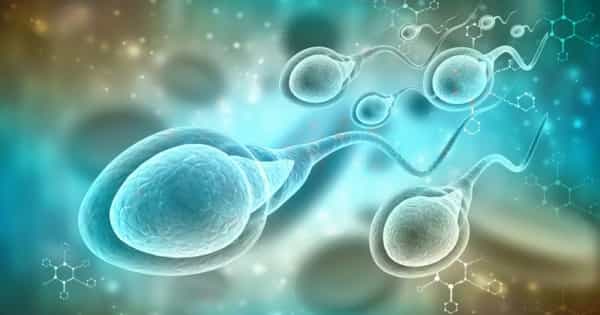 Between 2010 and 2014, approximately 44 percent of pregnancies worldwide were unplanned, with more than half of these resulting in abortion in both developed and developing countries. Furthermore, in some parts of the world, these terminations frequently result in the death of women. These statistics highlight the importance of making effective family planning more widely available to those who want to use it, as it benefits women, families, countries, and the environment.

The precision targeting of monoclonal antibodies is being used by researchers at the University of North Carolina at Chapel Hill to develop a new type of female contraception.

Sperm cells have a tail-like structure that allows them to move and travel through the female reproductive tract to reach the egg. They then go through the acrosome reaction, in which the sperm cell releases digestive enzymes that allow it to come into close contact with and fuse with an egg. Targeting and disrupting these processes is a good strategy for developing effective male contraceptives because successful fertilization requires both motility and a successful acrosome reaction.

Monoclonal antibodies are well-known for their ability to combat invading germs and are used to treat and prevent diseases ranging from cancer to COVID-19. Antibodies are now being considered for a new mission: immobilizing sperm before it can reach an egg.

Carolina researchers created ultra-potent antibodies that effectively trapped and blocked more than 99.9% of human sperm in animal testing. According to the promising study results published in Science Translational Medicine, antibody-based contraception may offer women a non-hormonal option to prevent pregnancy.

“Many women avoid hormonal contraception due to real and perceived side effects,” said Samuel Lai, professor at the UNC Eshelman School of Pharmacy’s Division of Pharmacoengineering and Molecular Pharmaceutics.

These side effects can include spotting, nausea, depression, weight gain, and migraines. Furthermore, estrogen-based hormonal contraception can be harmful to some women. “There is a significant unmet need for non-hormonal contraceptives for women,” said Lai.

Antibodies as line of defense

Nearly half of all pregnancies in the United States are unintended, and Lai is one of many scientists working to advance the concept of using anti-sperm antibodies for contraception.

“We were inspired by infertility that occurs in some women who develop antibodies against their partner’s sperm,” said study first author Bhawana Shrestha, a doctoral student in the Department of Microbiology and Immunology at the UNC School of Medicine and a graduate research assistant at the pharmacy school. The antibody under investigation was isolated from an infertile woman and targets a specific surface antigen found on human sperm. When it’s mixed with sperm, it causes the sperm to clump together.

“We engineered antibodies that were more than 10 to 16 times more potent at agglutinating sperm and reducing sperm permeation through mucus than the best-known antibody using our highly multivalent IgG platform,” she said.

The effect of antibodies was studied in sheep, which have reproductive tracts similar to human females. Both naturally occurring antibodies and the newly engineered antibodies effectively stopped all human sperm motility at a high dose of 333 micrograms of antibody, and at a low dose of 33.3 micrograms, the modified antibodies, but not the original ones, trapped 97 percent to 99 percent of sperm.

“We believe that these second-generation molecules will not only provide greater potency, but will also result in lower costs, making the approach cost-effective,” said Lai. Mucommune, a Lai Lab spinoff, has licensed the molecule for the development of an antibody-based contraceptive. The company will concentrate on safety and manufacturing in order to prepare for human clinical trials, which could begin in 2023.

The researchers are working on incorporating the antibodies into an intravaginal ring that gradually releases the antibodies or a dissolvable film that is placed in the vagina and spreads antibodies before sex.

“By avoiding exogenous hormones and developing a women-controlled contraceptive method,” Lai explained, “we believe the antibodies developed here could meet the contraceptive needs of millions of women, help to reduce the number of unintended pregnancies, and alleviate the health care costs of unintended pregnancies, which some estimate to be in excess of $20 billion per year.”

Researchers from UNC-Chapel Hill, the University of Texas Medical Branch, Boston University School of Medicine, and Mucommune, LLC are part of the study team. The study was funded by the National Institutes of Health, the Eshelman Institute of Innovation, the Packard Foundation for Science and Engineering, the National Science Foundation, and the PhRMA Foundation.

Researchers identify a novel mechanism by which tumors progress