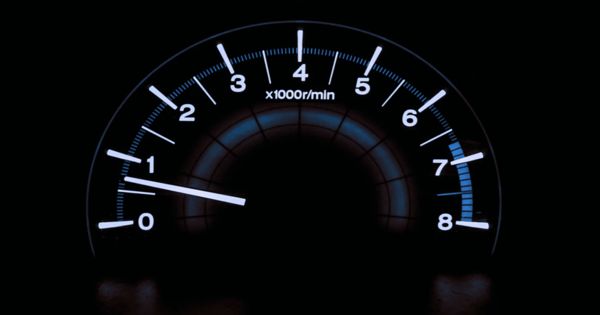 The protection of autonomous vehicles (AVs) is an important part of their viability in both the industry and the kind of transformational progress that their supporters expect. Autonomous Vehicles (AVs) are the trend of the future in the car sector and there is a wide-ranging debate on the impacts on mobility, culture, the economy, and the environment. The public and the policy-making process have an important role in contrasting AV safety with the safety of traditional vehicles. However, less consideration has been paid to the possible health effects of self-driving cars.

They identified 32 transport-related risk factors that impacted health and found that 17 could have a negative effect on public health, while eight could have a positive impact. Seven areas of unclear consequences have been identified which need further investigation. Researchers have recently published their results in the December issue of Healthy Cities and Culture.

Soheil Sohrabi, a Ph.D. student at the Zachry Department of Civil and Environmental Engineering and a graduate researcher at the Texas A&M Transportation Institute, said A survey on the receptiveness of autonomous vehicles’ impacts showed that there is a lack of awareness of the potential health impacts of AVs and low perceptions of the importance of AV health benefits” (TTI). “On the other hand, there are some unintended consequences of AVs’ implementation that need to be studied before AVs find their way onto the road.”

Sohrabi, Dr. Dominque Lord, Department Professor and A.P. Wiley Faculty Fellow, and Dr. Haneen Khreis and TTI have developed a computational model to systematically classify the mechanisms by which AVs can influence public health. The proposed model summarizes the possible improvements in transport following AV adoption in seven fields of impact: transport infrastructure; land use and built environment; traffic flow; choice of mode of transport; transport equity; and work-related to transport and traffic control. Changes in transport are then linked to possible health effects.

AV’s operations, however, involve new safety problems, such as potentials of malfunctioning sensors in object detection (pedestrians, bikes, and bike riders, vehicles, obstacles, etc.), misinterpretation of data, and poorly executed response, which can jeopardize the reliability of AVs and cause them to fail. In an optimistic view, AV’s will prevent 94 percent of road crashes by eliminating driver errors.

Another potential safety factor is the riskier conduct of consumers due to their over-reliance on AVs—for example, neglecting the use of seatbelts due to an increased false sense of safety. AVs have the ability to move residents from public transport and sustainable transport, such as walking and biking, to private cars in urban cities, which will lead to more air pollution and greenhouse gas emissions and cause potential work reductions for those in the public transportation or freight transport sectors.

This model helps to define possible channels by which AVs can affect public health, to analyze effects, to measure and to establish strategies for their mitigating, researchers in the fields of transport engineering and urban planning as well as vehicle makers, healthcare sectors, and policymakers.

“Given the very fast-paced research related to AVs, this work provides very good preliminary guidelines about how AVs can negatively and positively affect the general health of people before their full deployment,” said Lord. “Hence, engineers, planners, and policymakers can already examine measures and policies that could mitigate the negative health effects.”

“This study can urge public health sectors to enter the discussion about AVs and contribute to supporting policies that address the potential negative impacts,” Sohrabi said. “It also increases the public awareness of the health impacts of AVs that can facilitate the acceptance of AV regulations and motivate them to use this new technology and ultimately, benefit the greater good.”

Sohrabi said that more research is expected in the future to explain more accurately the public health consequences of AVs. The primary focus of this research was urban areas and the impact of VAT in rural areas was not taken into consideration. “The discussion about the health implications of AVs is new and limited,” he said. “Next we will be working on quantifying the health implications of AVs.”

Research is required on how AV system protection can be assessed and transmitted in an atmosphere where regular updates develop in the system. AV protection steps need to be balanced against the latest (and maybe not recent) safety records showing the actual security standard of the facility.