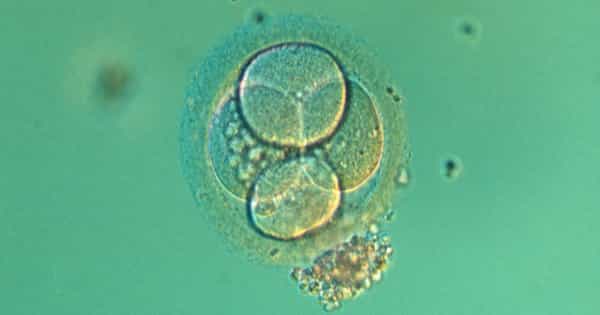 An international body of experts has relaxed the ban on growing human embryos in the lab beyond 14 days, paving the way for research that could help to unravel issues ranging from why recurring miscarriages occur to improve IVF.

An international group of biomedical researchers recently updated their recommendations for contentious human embryo research, loosening restrictions on the types of studies that scientists can conduct with lab-grown human embryos.

The decades-old rule is enshrined in law in a number of countries, including the United Kingdom and Australia, and was previously specified in International Society for Stem Cell Research guidelines (ISSCR). These guidelines establish standards that are used by scientists, journals, and research bodies all over the world, and they have the potential to influence policymakers.

However, the ISSCR has softened its stance, stating that embryos may be cultured beyond 14 days if a thorough, specialized review of the proposed experiments is conducted with the research deemed scientifically justifiable and with no suitable alternatives and there is widespread public support and local regulations permit it. Specialized review is already required for research involving embryos for up to 14 days.

For decades, scientists have been prohibited from keeping human embryos alive in their labs for more than 14 days. The prohibition was aimed at avoiding a thicket of ethical issues that would be raised by doing experiments on living human embryos as they continue to develop.

The “14-day rule,” which has been in place for decades and encourages and, in some countries, legally requires researchers to terminate experimental human embryos after two weeks, is being relaxed under certain conditions, according to The Associated Press, a significant and potentially contentious change to international bioethical guidelines.

Scientists believe that being able to study embryos beyond 14 days could provide a slew of advantages, ranging from validating the use of clumps of human cells to study early embryo development to assisting efforts to assess the safety of techniques such as mitochondrial replacement therapy and providing new insights into recurring miscarriages and congenital abnormalities.

While not everyone agrees with the International Society for Stem Cell Research (ISSCRrelaxed)’s and updated guidelines, some experts believe the change will help them better understand and possibly treat genetic or other developmental conditions that emerge between days 14 and 28 of embryonic development.

“We believe a lot of congenital abnormalities are developing quite early during this period,” Robin Lovell-Badge, a Francis Crick Institute stem cell researcher and chair of the ISSCR group behind the guidelines, told the Associated Press. “By better understanding these early stages, we may be able to implement simple procedures to reduce the amount of suffering.”

Another guideline collaborator, renowned gene-editing researcher Kathy Niakan of the Francis Crick Institute, told the AP that there are still safeguards in place to prevent irresponsible research, implying that the public, various regulators, and researchers should be able to weigh in on whether controversial studies continue. However, Marcy Darnovsky, executive director of the Center for Genetics and Society, believes that the new safeguards are insufficient.

Darnovsky, in particular, told the AP that she found it concerning that the new guidelines do not impose a hard upper limit on how long an embryo would be allowed to develop in some cases — though the guidelines do still prohibit extreme cases, such as experiments that would pass gene edits on to future generations.

Lancaster University’s Dr. John Appleby agreed. “It’s a good idea to relax the 14-day rule. It is critical to the ethical advancement of science,” he stated. Brison, on the other hand, emphasized the importance of interacting with the public, noting that the 14-day rule was implemented in the 1980s because it is the point in human development when individual identity is assumed because the embryo can no longer split into twins.

“As scientists, it is critical that we are seen as changing this rule not simply because we now have the technical ability to work beyond 14 days, but because we can demonstrate that the public supports the research goals,” he said. “Without this clear public support, we risk being accused of changing the rules for political reasons.”

To summarize, even if the embryo is not considered a valuable human being, there are no compelling reasons to extend the 14-day limit for the time being. This could work against the Warnock committee’s goal of reducing public mistrust of science. Critics have long warned about the dangers of a slick slope, and raising the limit may confirm their fears.

A New Treatment Stimulates the Growth of New Teeth