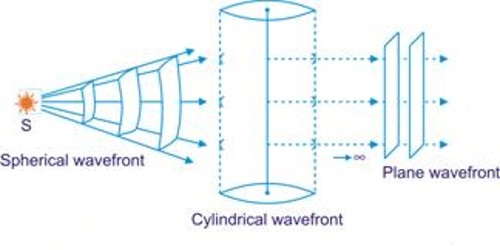 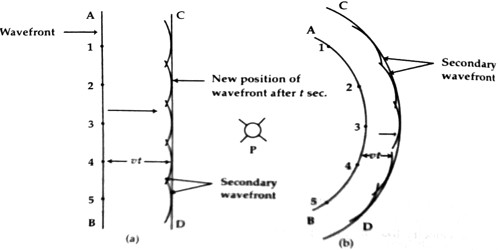 The simplest form of a wave front is the plane wave, where the rays are parallel to one another. The light from this type of wave is referred to as collimated light. It is a set of waves traveling in a plane. This is seen in lights coming from an infinite source.