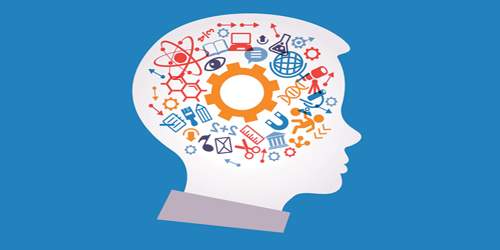 Neuroscience examines the structure and function of the human brain and nervous system. It is a multidimensional branch of biology that understands the basic and emerging features of neurons and neural circuits in a combination of physiology, anatomy, molecular biology, evolutionary biology, cytology, mathematical modeling, and psychology. Neuroscientists use cellular and molecular biology, anatomy and physiology, human behavior and knowledge, and other disciplines to map the brain to the mechanical level.

The ancient Greeks were among the first to study the brain. They tried to explain the role of the brain and how it works and the neurological disorder. The surgical practice of scraping or scraping a hole in the skull for the purpose of curing trapnation, head injury or mental disorder, or to relieve cranial pressure, was recorded during the first Neolithic period. The manuscripts dating back to 1700 BC indicate that Egyptians had some knowledge of the symptoms of brain damage. According to an article in Scientific American, the Greek philosopher Aristotle had a theory that the brain was a blood-cooling system. In the medieval Muslim world, Abulkasis, Avroise, Avicenna, Avenger, and Maimonides described a number of brain-related medical problems. Vesalias (1514-1515), Rena Descartes (1596–1650), Thomas Willis (1621–1675) and Jan Sommerdam (1637–1680) contributed much to neuroscience in Europe. Pierre Paul Broca (1824-1880) was a French physician, surgeon and anatomist. He has worked with patients with brain damage. He concluded that different regions of the brain were involved in specific activities. Studies of the brain became more sophisticated after the invention of the microscope and the development of the staining method by Camilo Golgi in the late 1890s. The method used a silver chromate salt to reveal the complex structure of individual neurons. Santiago Raman Y Kajal used his technique and the hypothesis that the functional unit of the brain is the neuron leads to the formation of neuron theory. In the early 20th century, a Spanish pathologist, histologist, and neuroscientist named Santiago Raman Y. Cajal speculated that neurons were units of independent nerve cells. The first Freestanding Department of Neuroscience was founded in 1964 by James L. McGoog at the University of California, Irvine. This was followed by the Department of Neurobiology at Harvard Medical School, which was founded in 1966 by Stephen Kufler. Since the 1950s, modern neuroscience research and practice has made great strides, improving the treatment of stroke, cardiovascular disease, multiple sclerosis (MS), and other conditions.

Biology and psychology combine neurology to address questions such as the role of the brain in the perception of pain or the underlying cause of Parkinson’s disease. The scope of neuroscience has expanded over time to include different methods used to study the different scales of the nervous system, and the techniques used by neuroscientists have expanded exponentially, from molecular and cellular studies of individual neurons to imaging of sensory, motor, and cognitive functions. Computer simulations, imaging, and other tools give researchers and medical experts new insights into the physical anatomy of the brain, its five-million-kilometer terracing and its relationship to the rest of the mind and body.

There Might Be A Simple Explanation For Why Dogs Eat Grass