Home Chemistry What is Mole?

A mole is defined as the amount of substance which contains different number of particles like; atoms, molecules, ions etc., as there are atoms in exactly 12.000 gm of Carbon-12.

A mole is just a number like a Dozen. A dozen equals to 12 eggs, a gross of pencil equals to 144 pencil, similarly mole is equal to (6.02 * 10^23) atoms, here is Avogadro Constant. Mole is also known as chemist dozen.

The value of (6.02 * 10^23) is known as Avogadro Constant, after the Italian scientist who first recognized the importance of the mass/number relationship. 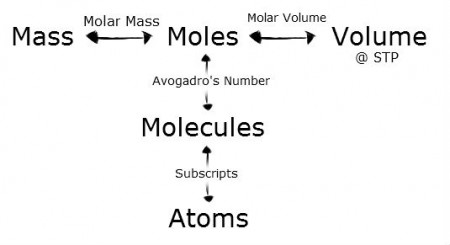