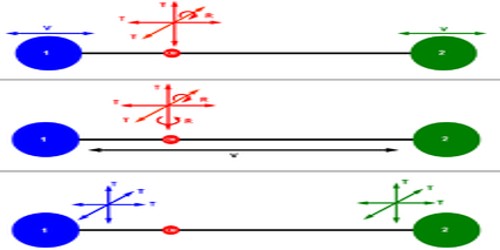 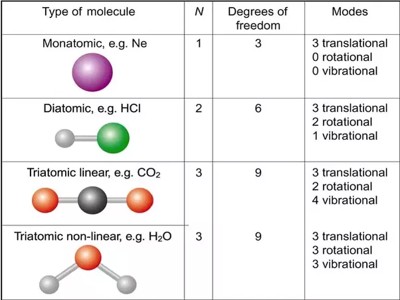 If from the total number of essential coordinates that is needed to express wholly the positions of the elements of a system the number of independent relation that exist among the elements is subtracted, then total degrees of freedom is available. For example, the number of molecules of a monoatomic independent system is n. Then degrees of freedom will be 3n, but the mutual positions of molecules are represented by nꞌ = (3n — r).

Molecular vibration, or the movement of atoms are defined by their degrees of freedom – which depends on the bonding states of said atoms. So every singular atom to complex molecules can move transnational along x,y,z called translational modes.

Unit of Pressure Explanation with Example