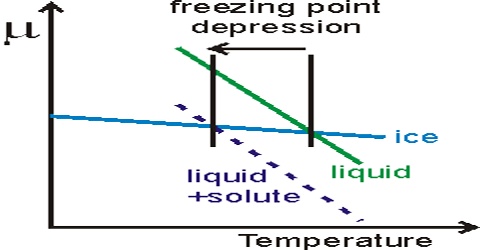 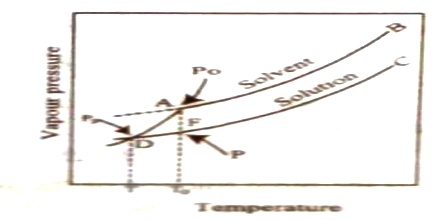 (i) The depression of freezing point of a solvent due to the addition of a solute is proportional to the molality, m, of the solution. Expressed mathematically,

where Kf is a constant known as the molal depression of freezing Point constant or cryoscopic constant.

(ii) Equimolecular quantities of different substance, dissolved in the same quantity of the same solvent lower the freezing point to the same extent.

It may be noted that these laws are similar to the laws of boiling point elevation and have the same limitations as those, i.e., these are applicable to dilute solutions of non-volatile non-electrolytes, which do not undergo association or dissociation in solution. An additional condition is that during freezing only pure solvent should separate as the solid phase.

Determination of Osmotic Pressure by Berkeley and Hartley’s Method