Home Chemistry What is Charge to Mass Ratio of Electron

In 1897, British physicist J.J. Thomson measured the ratio of electrical charge (e) to the mass of electron (me) by using cathode ray tube and applying electrical and magnetic field perpendicular to each other as well as to the path of electrons (Figure). Thomson argued that the amount of deviation of the particles from their path in the presence of electrical or magnetic field depends upon: 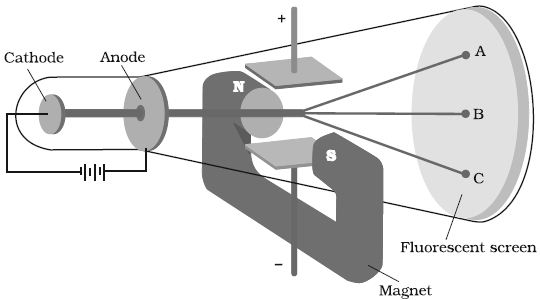 The postulates of Dalton’s Atomic Theory

The limitations of Bohr’s atomic model