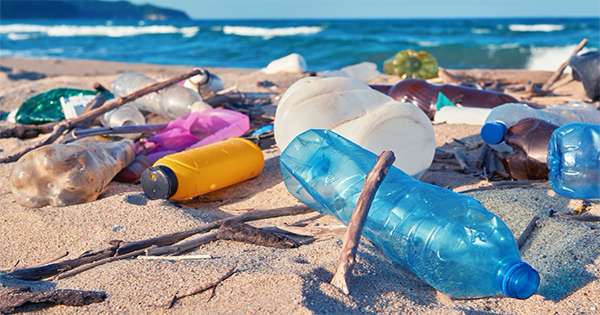 The glorious beaches of the Caribbean are losing their appeal as the manure runway fuels marine eruptions. An inexpensive way to turn this material into biofuels could revive the tourism industry, strengthen the islands in a carbon-neutral way, save a few rainforests on the other side of the world, and slightly reduce the plastic sea build-up. So many biofuels either destroy forests or contribute to world hunger that their reputation has become paramount. However, fuels made from algae, whether macroalgae (marine) or microscopic versions, do not face this problem and cannot fill other niches of renewable energy.

Mike Allen, a professor at the University of Exeter, has announced in the Journal of Chemical Technology and Biotechnology a method of processing marine oceans to facilitate biofuel production. The technique can be applied to cultivated algae but Allen sees opportunities to solve other environmental problems at the same time. Allen has found a set of catalysts that release marine sugars and prepares what is left for further processing. When the yeast is fed, the sugars produce alternatives to the palm oil (i.e. less rainfall), while the rest of the algae can be converted into fuel and fertilizer that does not produce run-off amounts that cause the problem in the first place.

Excess manure is washed into the rivers and eventually, the sea is increasing algal growth. In addition to posing another threat to the coral wall, it will wash away more beaches. There is a rotten smell after high tide as well as spoiling the view and swimming experience. The Caribbean, with an economy built on three-way tourism and fertilizer-carrying rivers, has been particularly damaged by the foul-smelling Sargassum beaches.

Although not a cure for the disease, the project is about turning a problem into a source, and the team found that they can do the same thing for salts that

Previously had to be removed at great expense where processing is done. The presence of non-water can be helpful,” said Ed Jones, a student at the University of Bath and first author.

Allen said in a statement, “In the end, it has to make sense to make it work.” “In order to process marine organic matter like seawater, it usually needs to be removed from salt water, washed, and dried in freshwater. The cost of these processes can be very low. “

Allen collected marine reservoirs for his studies and enrolled their children in research. Rosie, Allen’s 12-year-old daughter, notices that an increasing amount of plastic is being collected. Disappointed to remove it, he asked: “Dad, can’t you convert plastics to seawater as well?” The comment inspired Allen last year to prove it, and he is now expanding the range of plastics that can be converted into fuel without the need for separation from organic matter.