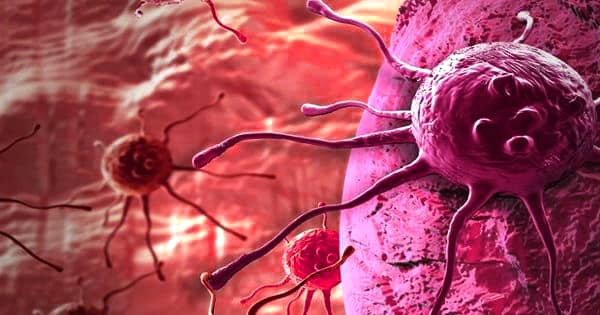 Researchers find that the chromothripsis phenomenon results in rearranged chromosomes and extra-chromosomal DNA that is not only lets mutant cells resist treatment but also makes them more aggressive. Cancer is one of the most severe health issues in the world because, unlike other illnesses, it is a moving goal, continually changing to prevent and resist medication. Cancers arise over a few stages, and one of the first steps happens when a tumor is created by mutations—a collection of irregular cells. A mutation may entail anything from modifying a single letter in DNA to reordering the whole chromosome.

Researchers have found that cancer cells contain shattered chromosomes that can allow a tumor to become more aggressive and help it resist chemotherapy drugs.

Shattering chromosomes leaves behind the rings of genetic material called ‘circular extra-chromosome DNA’ or ecDNA. Researchers at the University of California San Diego School of Medicine and the UC San Diego branch of the Ludwig Institute for Cancer Research, with collaborators in New York and the United Kingdom, explain how a process known as chromothripsis breaks up chromosomes, which are then reassembled in ways that eventually encourage cancer cell formation. The new research included reading DNA sequences in tumor cells during the growth of cancer. This genome sequence revealed that chromosomes were constantly shattered as the cells were separated, causing them to gain multiple genetic combinations from their circular extra-chromosome DNA—including genes for resistance to methotrexate, a drug commonly used in chemotherapy.

Chromothripsis is a catastrophic mutation occurrence in the evolution of a cell that requires a massive re-arrangement of the genome, as opposed to the incremental acquisition of re-arrangements and mutations over time. Genomic rearrangement is a central function of many tumors, causing mutant cells to expand or grow quicker, untouched by anti-cancer treatment.

“These re-arrangements can occur in one step,” said First Author Ofer Shoshani, Ph.D., a postdoctoral fellow in the lab of Don Cleveland, co-author of the study, Ph.D., Professor of Medicine, Neurosciences and Cell and Molecular Medicine at UC San Diego School of Medicine.

A tumor can amplify the genetic activity of anti-cancer drug resistance because the genes in the ecDNA rings are repeatedly copied out of the chromosome. Worse, as chemotherapy and radiotherapy will destroy chromosomes, cancer cells can then re-integrate the circular extra-chromosome DNA back into their genomes. “During chromothripsis, a chromosome in a cell is divided into several pieces, hundreds in some cases, followed by a reassembly in a shuffled order. Any sections are missing while others survive as extra-chromosomal DNA (ecDNA). Any of these ecDNA components facilitate cancer cell development and form minute chromosomes called ‘double minutes.'”

An analysis reported last year by scientists at the UC San Diego branch of the Ludwig Institute for Cancer Research showed that up to half of all cancer cells in certain forms of cancer carry ecDNA that carry cancer-promoting genes. In the most recent study, Cleveland, Shoshani, and colleagues used direct chromosome structure visualization to describe steps in gene amplification and the mechanism underlying resistance to methotrexate, one of the earliest and still commonly used chemotherapy drugs.

Scientists have also established how chromothripsis drives the development of ecDNA after gene amplification within a chromosome. “Chromothripsis converts intrachromosomal (internal) amplifications into extrachromosomal (external) amplifications and that amplified ecDNA can then be re-integrated into chromosomal locations in response to DNA damage from chemotherapy or radiotherapy,” said Shoshani. “The new work highlights the role of chromothripsis in cancer cells at all critical stages of the life cycle of amplified DNA, explaining how cancer cells can become more aggressive or drug-resistant.”

Shattered chromosomes and replication of drug-resistance genes have shown yet another explanation why cancers are so successful at evading therapy. The results discuss one of the so-called nine Grand Challenges for Cancer Therapy Growth, a strategic collaboration between the National Cancer Institute in the United States and Cancer Research UK, the world’s largest independent cancer research and awareness-raising organization.