Home Other Terrorism in Different Countries 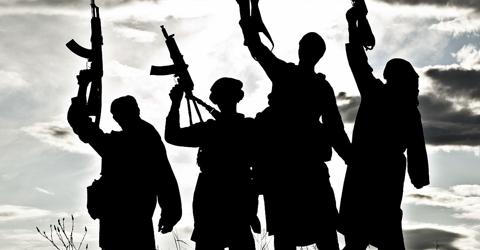 Terrorism has become a serious problem in almost every country across the globe. It is a curse for this civilized world. Terrorism is snatching away thousands of valuable lives almost every day from various parts of our globe. Of course, there are many reasons behind terrorism. Dissatisfaction is one of them. When someone’s demand is not satisfied s/he may create violence. There are, however, some perverted criminals who turn to terrorists without any reason. These people are morally corrupt. Some religious fanatic groups create violence in the name of religion. They are so blind in fanaticism that no rational attitude develops in their minds. Whatever may be the causes of terrorism steps should be taken to control it. Greed for power, racial clash and the use of supremacy are also major reasons behind terrorism. Iraq is still first, but South Asia is overall the most terrorized region. Although terrorist attacks occurred in 93 different countries in 2013, they were heavily concentrated geographically. More than half of all attacks (57%) and fatalities (66%), and nearly three-quarters of all injuries (73%) occurred in three countries: Iraq, Pakistan, and Afghanistan.

Several kinds of terrorism are occurring in the world. There is plane hijacking, his use of suicidal bomb; abduction etc. The aim of the terrorists is to make bloody clashes. It creates a heinous impression on the common people. In many countries, terrorism is a national problem that should be dealt with by the Government very cautiously. Modern age is an age of discussion and reconciliation. Identifying the causes of terrorism the Government of a country should bring the dissatisfied terrorist groups to the discussion table and find out a solution so that terrorists stop creating violence. We should develop harmony, equality, fraternity and brotherhood internationally to stop international terrorism.