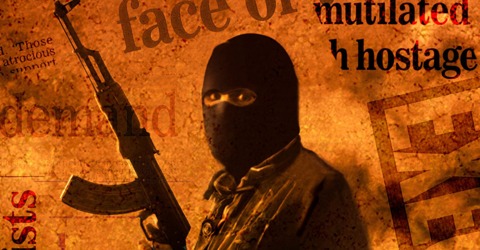 Nowadays terrorism has become a major concern for the present civilization. Almost all the countries of the globe are directly or indirectly threatened by it. 11 September has drawn out attention and alertness on the facts that how within a short span of time the renowned World Trade Centre became debris causing death to thousands of innocent people without having any awareness of their involvement in tragic death. It also damaged the property worth billions of dollars.

The causes of terrorism are not far to seek. It springs from multifarious causes. Of course, the most common are deprivation from genuine rights of an individual or a community or a cultural or a linguistic or a racial or a color group or a nation by another nations or a weaker by strong either physically or economically or technically or militarily.

A peace loving conscious man finds the globe almost all countries besieged with terrorism of different kinds. To him it is very difficult to sleep without tension in this turmoiled world. To get rid of this malady the rich and the sensible intellectuals should come forward to rein the galloping exploitations, war mongers and terrorist in different shapes and forms to fulfill the genuine rights sod requirements at the deprived. But it is not so easy to rein the greeds of different interest groups or nations. Yet it is not possible of the world s peace loving human intellectuals and nations come forward to emancipate the world from the curse of terrorism.

Summary: Terrorism has become a global threat and major concern for almost all the countries. Terrorists cause damages to human lives and properties by creating panic and terror.

The cause of terrorism in mainly deprivation from genuine rights and also greed and exploitations by different groups and nations. To get rid of terrorism is very difficult but not impossible if the intellectuals and peace loving nations works united.

Founders Need to Uncouple Their Own Idea from Its Creator