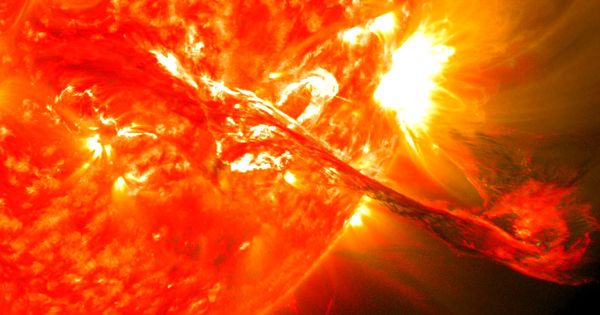 Robust stellar flares do not deter exoplanet existence and may encourage its discovery. Star-emitted, solar flares are sudden bursts of magnetic imagery. On Earth, the flares of the sun often destroy satellites and interrupt radio communications. In other areas of the universe, robust solar flares also have the potential to deplete and degrade greenhouse gases, such as ozone. Without ozone, dangerous amounts of ultraviolet (UV) radiation can enter the planet’s atmosphere decreasing the chances of harboring surface life.

Although violent and unpredictable, stellar flares emitted by a planet’s host star do not necessarily prevent life from forming, according to a new Northwestern University study.

By integrating 3D atmospheric chemistry and climate simulation with observational flare data from distant stars, the Northwestern team discovered that stellar flares could play an important role in the long-term evolution of the planet’s atmosphere and habitability.

“We’ve found that stellar flares might not preclude the existence of life,” added Daniel Horton, the study’s senior author. “In some cases, flaring doesn’t erode all of the atmospheric ozone. Surface life might still have a fighting chance.” 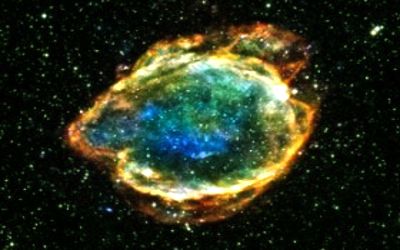 The study is a joint effort among researchers at Northwestern, University of Colorado at Boulder, University of Chicago, Massachusetts Institute of Technology and NASA Nexus for Exoplanet System Science (NExSS). Horton is an assistant professor of Earth and planetary sciences in Northwestern’s Weinberg College of Arts and Sciences. Chen is a Ph.D. candidate in Horton’s Climate Change Research Group and a NASA future investigator.

All stars, including our very own sun, flare up, or spontaneously unleash accumulated energy. Luckily for Earthlings, the solar flares normally have a slight effect on the earth. “Our sun is more of a gentle giant,” said Allison Youngblood, an astronomer at Colorado University and co-author of the report. “It’s older and not as active as younger and smaller stars. Earth also has a strong magnetic field, which deflects the sun’s damaging winds.” Unfortunately, most potentially viable exoplanets are not as lucky. In order for planets to actually host life, they must be near enough to a star that their water does not freeze—but not so close that water vaporizes.

“We studied planets orbiting within the habitable zones of M and K dwarf stars — the most common stars in the universe,” Horton said. “Habitable zones around these stars are narrower because the stars are smaller and less powerful than stars like our sun. On the flip side, M and K dwarf stars are thought to have more frequent flaring activity than our sun, and their tidally locked planets are unlikely to have magnetic fields helping deflect their stellar winds.”

Chen and Horton have previously performed a long-term climate average analysis of M dwarf stellar systems. Flares, though, occur on hour-or day-long timescales. Although these brief timescales can be difficult to replicate, integrating the effects of flares is critical in constructing a more full image of exoplanet atmospheres. The researchers achieved this by integrating flare data from the NASA Transiting Exoplanet Satellite Survey, launched in 2018, into their model simulations.

If there is life on these M and K dwarf exoplanets, previous work indicates that stellar flares might make it easier to detect. For example, stellar flares will increase the abundance of life-saving gasses (such as nitrogen dioxide, nitrous oxide, and nitric acid) from imperceptible to detectable amounts.

“Space weather events are typically viewed as a detriment to habitability,” Chen said. “But our study quantitatively shows that some space weather can actually help us detect signatures of important gases that might signify biological processes.”

The thesis included scholars from a wide variety of backgrounds and experience, including climate scientists, exoplanet scientists, physicists, theorists, and observers. “This project was a result of a fantastic collective team effort,” said Eric T. Wolf, a planetary scientist at CU Boulder and co-author of the report. “Our work highlights the benefits of interdisciplinary efforts when investigating conditions on extrasolar planets.”

Global Warming is slowed by an Intensified Water Cycle

Thousands of Cows Are Dying In a Devastating Kansas Heatwave