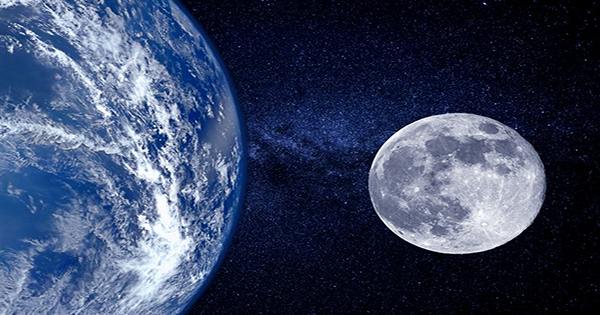 There may be a single explanation for the mysterious and peculiar relationship between Neptune and Saturn’s stunning rings’ genesis. According to a recent study, Saturn once had another moon that crashed into the planet and some of its pieces later went on to build the amazing rings that currently adorn Saturn. This long-lost moon has been given the name Chrysalis by scientists.

Saturn is inclined in relation to the plane of its orbit around the Sun, just like Earth is. The axis’ orientation rotates at exactly the same speed as Neptune’s orbital precession, and the angle between the two is 26.7 degrees. Researchers have long attempted to connect the two worlds because the coincidence was simply too intriguing to ignore. The two planets used to interact gravitationally, but models indicate that this is no longer the case.

So what may have prevented Saturn from drifting away from Neptune’s gravitational connection while maintaining its tilt in resonance with that planet?

According to a report published in Science, the missing moon Chrysalis might accomplish this. That’s not all, either. Such an object’s annihilation may produce a sizable collection of rings, which might help scientists explain why Saturn’s rings originated so recently in relation to the planet’s age.

According to the scenario, Chrysalis will be around the same mass as Iapetus, Saturn’s third largest moon. The authors hypothesize that Chrysalis came perilously close to Saturn 150 million years ago and was obliterated. The majority of its remnants fell as rain on the earth below, but some pieces split apart in orbit and formed rings.

In a statement, Wisdom said that the satellite had been inert for a while before abruptly becoming active and the rings emerging.

The Cassini observations of Saturn’s system, a joint project of NASA, the European Space Agency, and the Italian Space Agency, are essential to this work. After spending 13 years orbiting Saturn and its moons, it made its fatal swan dive into Saturn five years ago today.

It measured Saturn’s inertial motion, which revealed that the planet was once no longer in resonance with Neptune. Additionally, it found that Titan is departing Saturn at a rate of 11 centimeters (4.3 inches) every year, which is significantly faster than anticipated. If Titan was formerly in resonance with another moon, a moon that is no longer there, this abnormal result might be explained.

Burkhard Militzer of the University of California, Berkeley, who is a co-author, said: “The rapid movement of Titan presents a new possibility for explaining the tilt of Saturn. “The presence of the satellites affects the formula for the rate of spin axis precession. Therefore, the system might have avoided the resonance if Saturn had another satellite before it was lost. This would have altered the rate of precession just enough to avoid the resonance while yet keeping the system close to it.

The theory is obviously intriguing, but more information regarding Neptune and Saturn’s motion is required for confirmation.

It’s a good story, but like any other conclusion, it needs to be verified by other people, Wisdom said. However, it appears that the missing satellite was really a chrysalis waiting for instability.