Home Social Science The Stories That Showed Science Was On Top Form This Year, Despite Gestures at Everything 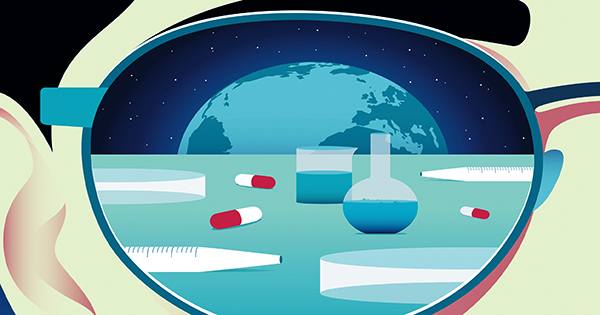 COVID has had yet another lengthy year; we have encountered a few new varieties (hello Gamma, Delta, and Omicron) and fought against them with large vaccination campaigns. 4.45 billion Individuals have gotten at least one dosage as of this writing (58 percent of the global population).

Despite the continuing epidemic dominating the news, a lot of vital science was accomplished this year. Literally, it was the year. As an example, it was not just the billionaires and Star Trek stars who made the trip…

Perseverance, a NASA rover, made history in February when it became the first rover to video it’s landing on Mars and the first to capture genuine sound on another planet using microphones. The rover set up camp on Mars and began exploring, equipped with cameras, microphones, and a variety of equipment to aid it in completing essential scientific duties.

Perseverance, the “largest, heaviest, cleanest, and most advanced six-wheeled robotic geologist ever sent into orbit,” will aid in the discovery of some of Mars’ secrets. It made history yet again in September when it collected an alien rock sample, the first of its kind to bring back to Earth. Perseverance was not the only thing that got us to Mars. The helicopter Ingenuity, which is accompanying it on this trip, has been creating waves of its own…

In April, NASA’s Ingenuity chopper became the first powered vehicle to fly on another planet, cementing its place in history. It lingered 3 meters (10 feet) above Mars’ surface for 30 seconds before looping around and returning to the earth. Ingenuity has continued to improve since then, breaking speed records and completing 17 flights, the most recent of which lasted a staggering 30 minutes.

While the temperature of 100,000 rubidium atoms plummeted to unprecedented lows, the Earth’s temperature rose. Fortunately, over 25,000 people descended in Glasgow, Scotland, to take action. In November, COP26, the 26th “Conference of the Parties” on climate change, ended with 197 countries signing the Glasgow Climate Pact.

In the name of keeping global warming to 1.5°C (2.7°F), promises were made to stop deforestation, cut emissions, and “phase out” coal use and fossil fuel subsidies. There were even some unexpected pairings. Sure, it is a step in the right direction. Will it, however, be sufficient to halt global change? The verdict is yet out.

However, it was not all dread and gloom. Ripper, an Australian musk duck, won our hearts with his dirty tongue and excellent impersonation skills, earning him the title of “first known talking duck.” He heard mimicking his keeper and quacking, “You bloody fool.”