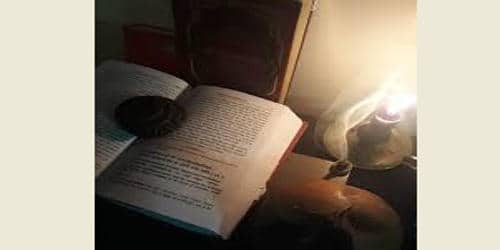 This is the story of a child who had a firm belief in moral values, Truthfulness is a great virtue. Hazrat Abdul Quader was a famous religious figure in Islam. was a very pious man. He was a great Muslim scholar of his time. He was born in Jilan in Iraq. Since his childhood, he had a great love for knowledge. When he was a small child, he set out for Baghdad for education. His Father died even before his birth. During this journey, a memorable incident happened which had a lasting effect. This incident changed the lives of so many people of his time.

The leader became surprised. He said to the boy that he might not have disclosed the fact. The boy said, “Mother told me never to tell a lie.” He said, “I never knew that you had this much money. Why did you tell me that you had forty gold coins? You could easily hide them from me.” The young scholar said, “My mother has told me always to speak the truth. The advice of my mother is more precious for me than the gold coins.” The robbers felt ashamed and gave up robbery. They were much impressed by the truthfulness of Abdul Qadir Jilani (RA). They returned all the valuables they had looted from the caravan. This incident changed their life. They decided to reform themselves and gradually gave up all their bad habits.