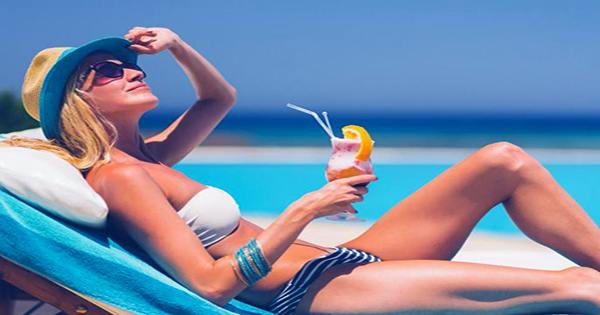 Beautiful people are often considered to be solar-powered, and new research has discovered that UV light increases sexual desire in humans, confirming this boost in summertime attractiveness. The study authors report their findings in the journal Cell Reports, revealing that exposure to the sun boosts “romantic passion” in men and women, as well as a skin protein called p53 that governs the link between sunlight and horniness.

In a statement, research author Professor Carmit Levy said, “It has long been recognized that UV radiation from sunshine boosts testosterone levels in males, and we also know that sunlight plays a fundamental role in both the behavioral and physiological regulation of sexuality.” “However, the mechanism that controls this regulation has remained a mystery. Our research helped us gain a better grasp of how this mechanism works.” The researchers started by observing changes in circulating sex-steroid hormones in mice exposed to light wavelengths in the ultraviolet B (UVB) range, which are similar to those that induce sunburn in people.

This caused a significant increase in critical sex hormones, resulting in an increase in sexual activity.

For example, a surge in hypothalamus-pituitary-gonadal axis hormone caused female mice to grow larger ovaries and spend more days in the heat, whereas UVB exposure made both males and females more inclined to participate in sexual intercourse. The researchers repeated the experiment using mice that had been genetically altered to lack a skin protein called p53 to see if this impact is mediated through receptors in the skin.

This protein normally responds to UVB radiation by inducing pigmentation and DNA repair in order to protect cells from the sun’s damaging rays. Mice lacking p53 did not respond sexually to UVB in the same way as normal mice did, implying that this protein is involved in the conversion of sunshine into horniness.

The researchers wrote, “Desire takes two forms: emotional and sexual,” before going on to say that UVB light appears to elicit different parts of romantic passion in men and women. Exposure to sunlight, for example, appears to boost parts of “physical arousal that is more associated to sexual desire and idealizing the connection [with a partner]” in women. Men, on the other hand, saw an increase in the “cognitive dimension of passion,” which led to “obsessive thoughts about the partner and a need to know more about her.”