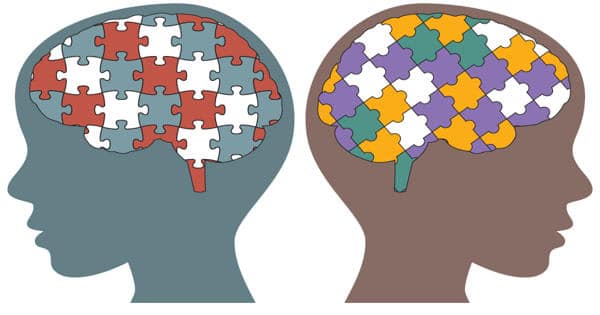 A new study finds that children who have cognitive issues like low attention, poor memory, or a lack of inhibition may develop mental health problems as teenagers and young adults. Specific markers targeted in childhood for early treatment may help to reduce the risk of children developing certain psychopathological problems in adolescence and adulthood, such as borderline personality disorder, depression, and psychosis.

Childhood mental and developmental disorders include neurodevelopmental, emotional, and behavioral disorders that have wide-ranging and serious negative consequences for psychological and social well-being. Children with these disorders require a great deal of extra help from their families and educational systems, and the disorders frequently persist into adulthood.

Researchers discovered a number of key and specific links between childhood cognitive problems and mental health issues in later life after analyzing data from an initial UK cohort of 13,988 individuals born between April 1991 and December 1992, namely:

Dr. Isabel Morales-Muoz of the University of Birmingham’s Institute for Mental Health and the Finnish Institute for Mental Health in Helsinki, the study’s lead author, stated: “Our study emphasizes the potential impact of childhood cognitive deficits on young people’s mental health, pointing to specific associations with specific conditions. Prevention strategies aimed at alleviating these specific cognitive issues may help to reduce the likelihood of such children developing associated mental health problems in adolescence and early adulthood.”

The study was the first to look at specific associations between cognitive deficits in childhood and a variety of psychopathological issues in young people over a long period of time.

Sustained attention deficits at eight years of age are associated with BPD symptoms at 11-12 years of age, which is consistent with similar deficits in adult BPD patients linked to difficulties adhering to therapy programs. Previous research has found a link between adult BPD and childhood Attention Deficit Hyperactivity Disorder (ADHD) symptoms, implying that ADHD may be a risk factor for BPD.

The study also lends support to the theory that a lack of inhibition in childhood precedes later psychotic experiences, with a lack of inhibitory control being common in psychotic disorders like schizophrenia. Working memory deficits in childhood were linked to hypomania in young adults, but when they checked for co-occurring psychopathological conditions, this association vanished, indicating that more research is needed.

Mental disorders have a significant disease burden worldwide, with at least 10% of children and adolescents suffering from a mental disorder. Seventy-five percent of mental disorders diagnosed in adults begin in childhood or adolescence. Bipolar disorder, depression, and psychosis are common in adolescence and continue into young adulthood, and are thought to be related to anomalies in the way adolescents mature caused by psychosocial, biological, or environmental factors.

“It is critical to investigate the onset of mental disorders at these early stages and determine which risk factors predate these conditions and how. These elements are central to mental disorders such as psychosis and mood disorders “Professor Matthew Broome, a co-author, commented.

“Cognitive function deficits in psychiatric disorders are common, ranging from decreased attention and working memory to disrupted social cognition and language. They have a significant impact on quality of life and may predate serious mental health conditions by several years “Professor Steven Marwaha, the study’s senior author, commented.

Young children’s emotional well-being is directly related to the functioning of their caregivers and the families in which they live. When these relationships are abusive, threatening, chronically neglectful, or otherwise psychologically damaging, they pose a significant risk for the development of early mental health problems. Relationships that are consistently responsive and supportive, on the other hand, can actually protect young children from the negative effects of other stressors. As a result, reducing the stressors that affect children necessitates addressing the stresses that affect their families.