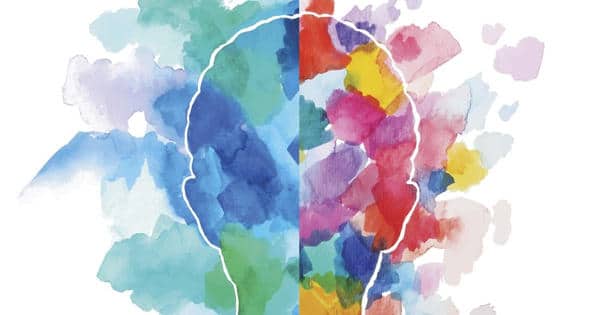 According to a study presented at the American College of Cardiology’s 70th Annual Scientific Session, young and middle-aged adults who reported severe psychological distress – such as depression or anxiety – after suffering a heart attack were more than twice as likely to suffer a second cardiac event within five years as those who only experienced mild distress.

According to the researchers, the study is the first to comprehensively assess how mental health influences the outlook for younger heart attack survivors. The researchers also looked at inflammatory markers that appear to play a role in increasing cardiovascular risk in people who are stressed. The findings are consistent with previous studies on older adults, adding to the evidence that mental health is an important part of a person’s recovery after a heart attack.

Young and middle-aged adults who reported severe psychological distress – such as depression or anxiety – after suffering a heart attack were more than twice as likely to suffer a second cardiac event within five years compared with those experiencing only mild distress, according to a new study.

“Our findings suggest that cardiologists should consider the value of regular psychological assessments, particularly among younger patients,” said Mariana Garcia, MD, the study’s lead author and a cardiology fellow at Emory University in Atlanta. “Also, in addition to traditional medical therapy and cardiac rehabilitation, they should investigate treatment modalities for alleviating psychological distress in young patients after a heart attack, such as meditation, relaxation techniques, and holistic approaches.”

The researchers looked at the health outcomes of 283 heart attack survivors aged 18 to 61, with an average age of 51. Within six months of their heart attack, study participants completed a series of validated questionnaires measuring depression, anxiety, anger, perceived stress, and posttraumatic stress disorder. Based on these questionnaires, the researchers calculated a composite score of psychological distress for each participant and classified them as having mild, moderate, or high distress.

Previous research suggests that inflammation is one mechanism by which psychological stress can lead to heart problems. In the new study, patients who experienced high distress were found to have higher levels of two inflammatory markers in their blood during rest and after mental stress, interleukin-6 and monocyte chemoattract protein-1. These markers, which rise during times of mental stress, have been linked to artery plaque buildup and adverse cardiac events.

“Those who have had a heart attack may be particularly vulnerable to plaque rupture as a result of these inflammatory mechanisms at work,” Garcia explained. “The finding was independent of known cardiovascular risk factors and suggests that mechanisms involving systemic inflammation in response to stress may be involved in the likelihood of a subsequent cardiac event.”

The researchers also discovered that patients in high distress were more likely to be Black, female, and from a low socioeconomic background, and they were more likely to smoke, have diabetes, or high blood pressure. “This finding emphasizes the importance of socioeconomic status in terms of higher distress and raises important questions about the roles of race, gender, and other factors,” Garcia said.

The researchers intend to look into how socioeconomic and demographic factors affect mental health in people who have a heart attack at a young age. According to Garcia, recent studies show that younger adults, particularly women, account for an increasing proportion of heart attacks in the United States each year, emphasizing the importance of improving outcomes in this population.

“Community outreach has led to increased awareness of traditional heart disease risk factors and a focus on things like diet and exercise,” Garcia said. “However, many people, particularly younger people, may be unaware of the importance of mental health.” “Our findings send a strong message to people recovering from a heart attack: reducing psychological distress is just as important.”

Garcia cautioned that an observational study cannot prove causation and noted the possibility of recall bias among people with more severe disease because psychological distress was self-reported in this study. Despite the study’s small sample size, it demonstrated a strong association using a prospective design.