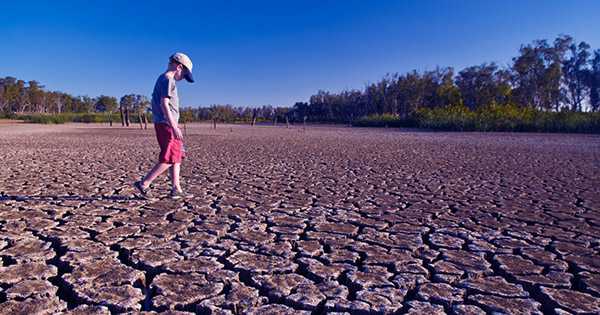 According to the United Nations High Commissioner for Refugees (UNHCR) annual Global Trends and Global Report, more than 1% of humanity was forced to flee their homes last year – the equivalent of one in 97 people worldwide. One of the worst tropical cyclones on record, affecting 24.9 million in Africa and the Southern Hemisphere, was caused by a catastrophe including cyclone Idai. This number is three times higher than the number due to conflict and violence.

As the climate crisis worsens and with it the frequency of extreme weather events, its contribution to global displacement increases. In fact, this year the UNHCR’s annual report, for the first time, recognized climate change as a reason for refugees to flee. The Global Report stated, “Large natural disasters such as Cyclone Idea and gradual climate change in Mozambique and neighboring countries are causing significant internal displacement.”

“Climate change has worsened and contributed to more frequent, seasonal droughts and floods, resulting in internal displacement in countries such as Afghanistan, Ethiopia, South Sudan, and Yemen,” it continued. Matthew Saltmarsh, the global spokesman for UNHCR, expressed concern about the risk of climate displacement.

The Global Report said, “People with UNHCR concerns are at the forefront of climate change. Refugees and IDPs [internally displaced persons] are often held in” climate hot spots “where they are at risk of minor or multiple displacements due to natural disasters and exposure to water.” “Furthermore, the effects of climate change in certain areas may hinder or avoid the possibility of voluntary return.”

This final issue calls into question the label of “climate refugees”. According to the 1951 Refugee Convention, a refugee is a person who is unable or unwilling to return to his or her country of birth due to fear of being persecuted because of race, religion, nationality, or membership in a particular social group.”

Saltmarsh told IFLScience, “Although the term climate-related refugee is sometimes used to classify something or different categories related to climate, in reality, it has no legal basis.” “When people cross, international borders only to be affected by climate disasters and hazards, they are not usually refugees under the 1951 Refugee Convention.”

There are several arguments for using the alternative term “climate migrants” to describe people displaced by climate change, but the report noted that as the climate crisis continues, the return is not possible. Saltmarsh said, “As climate change increases the frequency and severity of sudden disasters (such as hurricanes, floods, and tornadoes), we are increasingly forcing displacement.” “In recent years, millions of people have been forced to flee their homelands due to disasters and climatic risks, including storms, cyclones, floods, droughts, fires, and landslides, according to the Internal Displacement Monitoring Center.”

“Climate change is contributing to more and more environmental events such as droughts, deserts, and rising sea levels,” Saltmarsh continued, “which could depopulate the land and continue to displace over time. These long-term effects of climate change will have a major impact on people, cities Consequences on the community.  A World Bank report last year predicted that there could be 140 million “climate refugees” in 2000 if “concrete” measures were not taken. The growing climate crisis will exacerbate the refugee crisis unless governments around the world make further improvements.

Dung Beetles’ Sense of Direction is hampered by Artificial Light