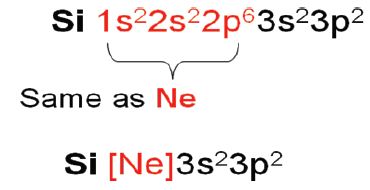 As each successive element adds one more electron, the Aufbau principle means that the energy sub-levels will be filled in order of increasing energy. Thus for each new value of n, the first two elements will add electrons that will fill the s orbital. These are the elements in Group 1 & 2 – the “s block”. Then the next six elements will each add an extra electron into the p orbitals. These are the elements in Groups 13 – 18 – the “p block”. From the n = 4 Period, the order of the energy levels (shown by the Aufbau Principle) has to be studied carefully. After the 4s sub-level, the 3d orbital is filled next. This holds up to 10 electrons. These elements are the first row of Transition Metals – the “d block”. Eventually, the f orbitals are filled as well – these elements in the “f block” are sometimes called the Inner Transition Metals.

Giant Metallic Structures and their Properties