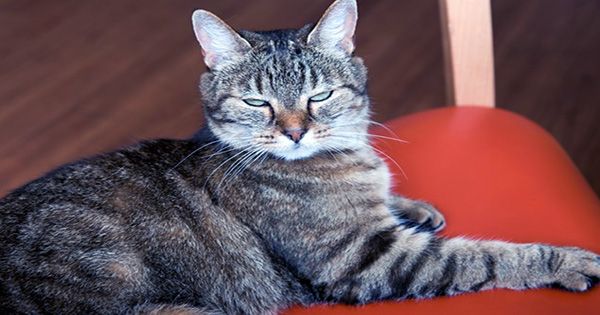 Even the most committed cat owners occasionally question whether their cat truly loves them, perhaps waking up in the middle of the night in a cold sweat. Dog lovers enjoy boasting arrogantly about how long dogs have served as man’s best friend.

But research reveals cats’ reputation as a frigid and distant pets is unwarranted.

Domestic cats are more independent by nature than dogs due to their evolutionary ancestry. Our cats’ wild predecessors did not live in social groupings as canines do. However, during the process of domestication, cats evolved the ability to build social bonds not just with other cats, but also with people.

While cats may not rely on people as much as dogs do to feel safe, many of them display affection for their guardians and seem to value human company greatly. Their interactions with people as kittens have a bearing on how attached they become to people.

The behavior of your cat will reveal whether or not it feels a link with you because cats respond to their feline pals in the same manner that they do to humans.

Their wild ancestors had an edge because they could communicate with other cats over great distances and even when they weren’t physically there. This “supersense” has been kept in our beloved cats, which largely rely on it for communication.

Cats, in particular, use scent to recognize other members of their social group or family because they all have a similar scent profile. Cats frequently brush their heads against familiar and comfortable persons and objects because they have smell glands on their flanks, forehead, and around their ears.

Does your cat paw at your legs or rub its side against them? Your cat is identifying you as a friend by rubbing its soft body against your calves, which is a tremendous compliment.

The way your cat welcomes you is one of the clearest indications that your beloved pet likes you. When cats welcome members of their social group they show signals to signify friendship and a desire to move closer. These messages are likewise given to humans by cats.

The feline version of a wave, a tail held in the erect flagpole position conveys a pleasant purpose and denotes familiarity, trust, and affection. Some cats also utilize an upright question mark-shaped tail to greet someone they admire, or to gesture that they want to play.

The human counterpart of how cats may sometimes entwine their tails around each other is to wrap their tail around your calf.

Another sign of a cat’s complete trust in you is when they roll over and reveal their delicate underbelly. However, cats typically don’t ask for a belly rub because they prefer to be caressed on the head and neck region.

It’s common for attempts to pet a cat’s tummy to be met with a hurried retreat or even claws. When welcoming favored people, cats make a melodic sound known as the chirrup or trill. Be assured that your cat is happy to see you if they sing to you in this way.

Another indication that your cat has an incredibly strong link with you is the familiar sensation when it taps the back of your knee. The head bump, the feline equivalent of a high-five, is often reserved for a cat’s closest feline pals and most dependable humans.

The way your cat looks at you could also be a covert indication of their fondness. Cats typically give strangers and unfamiliar cats or humans an unblinking stare as they approach. But when they are among cats they get along with, they are more likely to blink slowly.

According to research, slow blinks are comparable to a human smile in that they can indicate trust, happiness, and affection as well as being related to a favorable emotional state. Blink to acknowledge the compliment, and your cat might do the same. If your cat doesn’t like to be touched, this is a good approach to strengthen your bond with them.

Cats are fiercely protective of their personal area and dislike having strangers in it. If a cat enables you to get close to them, especially if the touch is regular or prolonged, that signals a close attachment.

Slumber on your lap is a gesture of complete trust. Licking your hand or face can be a sign of affection even though cats only groom each other when they have a close bond; their sharp tongues may not seem particularly kind. The Conversation University of Bristol Senior Lecturer in Animal Behavior and Welfare Emily Blackwell.