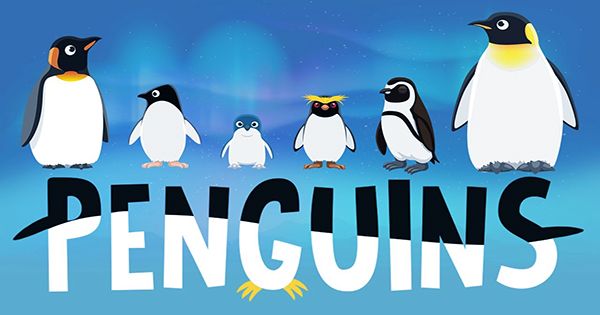 Its #PenguinAwarenessDay and conservationists have devised the ideal strategy for raising awareness. They attached a video camera to a Gentoo penguin, and we were all given a bird’s-eye view of how to get sardines. The Argentinian CADIC-CONICET and the Tawaki Project are comparing the gentoo penguins (Pygoscelis papua) of Isla Martillo, Tierra del Fuego, to the yellow-eyed penguins of New Zealand (Megadyptes antipodes). The PENGUCam camera, designed to mount on the back of a penguin, was supplied by the Tawaki Project to colleagues near the southern tip of the Americas, who mounted it on male gentoo and rewarded with this incredible film.

The movie shows how adaptable gentoos are when it comes to hunting. They seek crustaceans and small squid along the seabed, which is where they usually feed. However, they are certainly capable of exploiting a school of bite-sized fish they come across along the route, lunging and twisting with astonishing speed and agility. Researchers had speculated that sardines were a significant part of the diet of seabirds in the Beagle Channel between Tierra del Fuego and a group of smaller islands before seeing this film. In a statement, Andrea Raya Rey of the Wildlife Conservation Society (WCS) Argentina remarked, “Now it is proven and with a star behind the camera: the penguin.”

“We installed the gadget for one foraging excursion, and then detached it when the penguin returned and tracked the nest’s breeding success.” The Gentoo carried on with its parental responsibilities and looked after the offspring.” For more than 20 years, the WCS has aided in the funding of the Tierra del Fuego penguin conservation initiative. They have received plenty of material for previous penguin awareness days, but as stars of the film rather than camera operators.

In honor of Penguin Awareness Day, here are some interesting facts about penguins: Emperor penguins are the largest remaining penguins, reaching a height of just over a meter, but the family used to be much larger. Many additional giants, such Kumimanu biceae, which was as tall as a human and somewhat heavier, have swum the southern seas at various times, in addition to the 1.4-meter-high penguin fossil discovered on a school excursion.

The Mori name for the yellow-eyed penguin is Tawaki. It is also the name of a god whose divinity was not recognized until he “Ascended a lofty holl, put off his filthy clothing, and clothed himself in lightning,” according to the project. Unlike the yellow-eyed, gentoos do not appear to have lightning bolts over each eye, but the video demonstrates that they can surely move like it underwater. Another incredible video saw a gentoo attempting to avoid being eaten by orcas. In the greatest Wikipedia photo caption of all time, a penguin played a significant role.