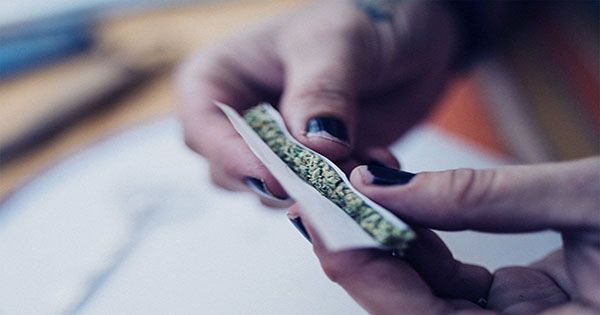 Anyone who has smoked marijuana is familiar with the term “cotton mouth,” which refers to a reduction in saliva output caused by the substance. On online stoner communities, however, the reality of “cotton vagina” is questioned, with some users claiming that getting high causes them to dry up down low. Naturally, only people with a vagina and who have used marijuana can tell with any confidence whether or not the phenomena is true, especially because there is so little study on the issue. Meanwhile, experts disagree on the underlying basis for this hotly debated illness.

When the doctor and author Julie Holland asserted in an interview with vice that cannabis may truly dry a vagina, cotton vagina gained a lot of attention. “It’s the same as having a dry mouth. It is the same. “It’s the mucus membranes drying up,” she explained. “Now, not all marijuana causes dry mouth, but if you’ve taken a strain that causes dry mouth, it will also cause you to become more dry down there.”

“The reason that individuals develop cotton mouth is that there is a cannabinoid receptor in the salivary gland in the mouth,” obstetrician and gynecologist Tami Rowen told the Daily Dot in response. In other words, claiming that the same process that dries out the mouth also dries out the vagina is illogical. “No, I don’t believe [pot-induced cotton vagina] is a genuine thing,” Rowen said when asked about the practicality of the whole affair.

Despite the fact that neither of these opposing viewpoints has been thoroughly researched, most of what we know about cannabis appears to cast doubt on the dry vagina argument.

Cannabinoid receptors have been discovered in the submandibular gland, one of the primary saliva glands in the lower jaw, according to research. The activation of these receptors by cannabinoids such as THC – the psychoactive component in marijuana – has been shown to reduce saliva volume while increasing viscosity.

Given this information, any relationship between cottonmouth and “cotton vagina” appears to be improbable. That is not to suggest that the latter cannot happen, since cannabis might dry up the vaginal area through a separate, unknown process.

Numerous studies, however, have failed to find a link between cannabis usage and vaginal dryness. For example, research published earlier this year revealed, “the majority reported no change in vaginal lubrication” among 127 women who claimed to have smoked cannabis before intercourse. The cotton vagina will obviously need to be conclusively verify or discredited by many more research involving bigger numbers of individuals, but there does not appear to be any strong evidence to indicate that smoking pot may dry you up for the time being.