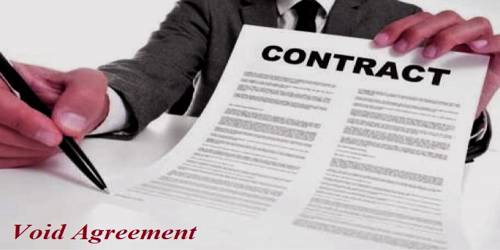 Thus the parties to the contract do not get any legal redress in the case of void agreements. Void agreements arise due to the non-fulfillment of one or more conditions laid down by Section 10 of the Indian Contract Act. This Section states as follows:

All agreements are contracts if they are made with the free consent of parties competent to contract, for a lawful, consideration and with a lawful object, and are not hereby expressly declared to be void.

The basic principles for a Contract to be valid are as follows:

Nothing herein contained shall affect any law in force in India, and not hereby expressly repealed, by which any contract is required to be made in writing or in the presence of witnesses, or any law relating to the registration of documents.

From the above, it is quite clear that non-fulfillment of any of these conditions by one of the parties to a contract shall make an agreement void. These conditions being:-