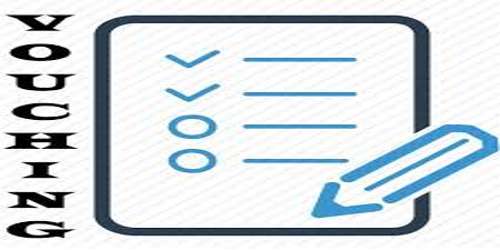 Simply stated, vouching for means a careful examination of all original evidence. When vouching uncovers an error, the auditor may need to increase the sample size being audited in order to gain assurance that a system operates properly. An alternative is to engage in different auditing procedures. The act of examining documentary evidence in order to ascertain the accuracy of the entries in the account books is called vouching.

What are the steps in designing Tests of Control?

Audit Evidence is persuasive rather than Conclusive