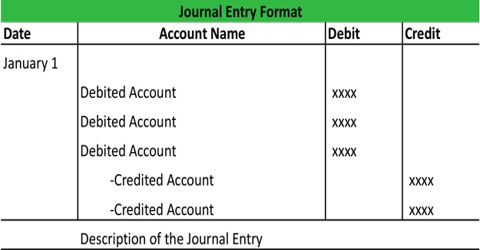 Journal is a date-wise record of all the transactions with particulars of the accounts debited and credited and the total of each transaction. In accounting, a “journal” refers to a financial record kept in the form of a book, spreadsheet, or accounting software that includes all the recorded financial operation in sequence regarding a business. Journals are also called ‘books of first entry’ or ‘books of original entry. 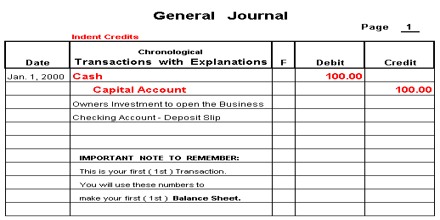 (i) Date: In the first column, the date of the transaction is entered. The year and the month are written only one time, till they change. The sequence of the dates and months ought to be exactingly maintained.

(ii) Particulars: Each transaction affects two accounts, out of which one account is debited and the other account is credited. The name of the account to be debited is written first, very near to the line of essentials column and the word Dr. is also written at the end of the specifics column. In the second line, the name of the account to be credited is written, starts with the word ‘To’, a few space away from the margin in the particulars column to the make it different from the debit account.

(iv) Ledger Folio (L.F): All entries from the journal are later posted into the ledger accounts. The page number or folio number of the Ledger, where the posting has been made from the Journal is recorded in the L.F column of the Journal. Till such time, this column remains blank.

(v) Debit Amount: In this column, the amount of the account being debited is written.

(iv) Credit Amount: In this column, the amount of the account being credited is written.

Meaning of Gain and Profit in terms of Accounting