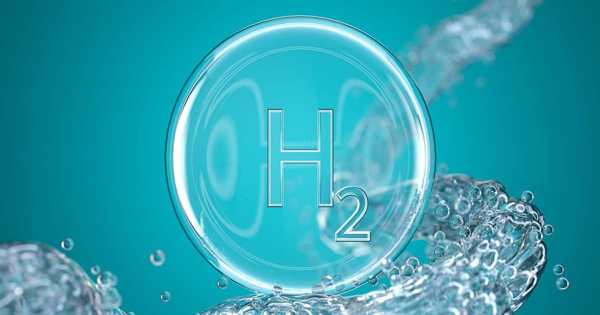 Water splitting is a process that allows for the direct decomposition of water into its constituent elements, allowing for the production of hydrogen. The energy required to cleave single H-O-H bonds can come from a variety of sources, including electrical (current), thermal (heat), or light (electromagnetic radiation). In general, the difference in water splitting processes is made whenever one or more types of energy sources, such as electrolysis, thermolysis, or photolysis, is used to conduct the reaction. Solar water splitting has been extensively researched as a potential method for converting solar energy into chemical energy.

Hydrogen is a promising clean energy source that has the potential to replace fossil fuels that emit greenhouse gases. While total water (H2O) splitting is the simplest method for obtaining hydrogen (H2), it is slow and not yet commercially viable. Scientists have now developed a novel electro catalyst that significantly improves hydrogen production from water splitting while using less energy and money.

Humanity has caused a climate crisis by relying on fossil fuels for nearly everything for over a century. The directive now calls for achieving net-zero emissions or carbon neutrality by 2050.

Scientists develop a catalyst that could enable commercial on-site production of hydrogen from water splitting, a game changer in green energy.

A hydrogen economy is one way for a carbon-free world to thrive. At the moment, the most basic method of producing hydrogen fuel is electrochemical water splitting, which involves passing electricity through water in the presence of catalysts (reaction-enhancing substances) to produce hydrogen and oxygen. This reaction, on the other hand, is very slow, necessitates specialized conditions and noble-metal catalysts, and is generally costly. As a result, achieving a high hydrogen yield in an energy-efficient and low-cost manner is difficult. Hydrogen production from water splitting has not yet been commercialized.

Now, a team of researchers from Pusan National University, Korea, led by Professor Kandasamy Prabakar, have developed a method to design a novel electrocatalyst that can solve some of these problems.

Prof. Prabakar describes the study as follows: “Today, steam reforming processes emit greenhouse gases into the atmosphere and produce 90% of hydrogen. In our lab, we created a non-noble metal-based stable electrocatalyst on polymer support that can efficiently produce hydrogen and oxygen from water at a low cost using transition metal phosphates.”

This electrolyzer was created by depositing cobalt and manganese ions in varying proportions on a Polyaniline (PANI) nanowire array using a simple hydrothermal process. They achieved an overall high surface area for the reactions to occur by tuning the Co/Mn ratio, and when combined with the high electron-conducting capacity of the PANI nanowire, faster charge and mass transfer was facilitated on this catalyst surface. The bimetallic phosphate also has a bifunctional electro catalytic activity for producing oxygen and hydrogen at the same time.

In experiments to evaluate the performance of this catalyst, they discovered that its morphology significantly reduces the reaction overpotential, improving the system’s voltage efficiency. Even after 40 hours of continuous hydrogen production at 100 mA/cm2, its performance remains consistent, demonstrating its durability. Water splitting was also possible with a low input voltage of only 1.54V.

In addition to these benefits, transition metals are inexpensive. Indeed, the system can be scaled and adapted for use in a wide range of situations. Prof. Prabakar elaborates on potential future applications “Water-splitting devices based on this technology can be installed onsite where hydrogen fuel is required and can operate with a low energy input or a completely renewable energy source. For example, we can generate hydrogen at home using a solar panel for cooking and heating. We can achieve carbon neutrality well before 2050 this way.”

Does Mentos make even bigger soda fountains at the top of the mountain?