Home Biology According to the WHO, Superhuman Gene Hacking should be Prohibited 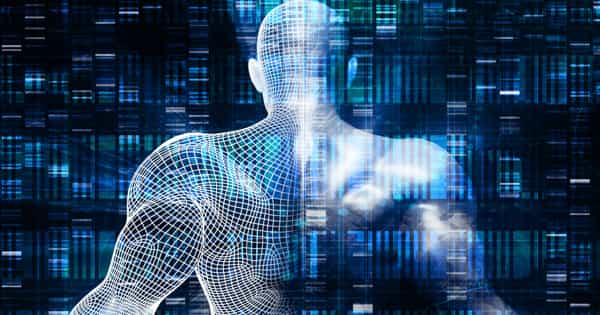 New genetic technologies are both exciting and frightening. To avoid health problems, society may be able to overcome diseases by modifying individual genomes or selecting specific embryos. However, it may also give rise to “superhumans” who are optimized for specific characteristics (such as intelligence or appearance) and exacerbate societal inequalities.

Humans are the end result of millions of years of evolution. We are one of the most complex forms of life in the known universe, with some incredible abilities. At the same time, we are extremely fragile and vulnerable, susceptible to a wide range of diseases that can tragically shorten our lives. Scientists have been looking for ways to improve on this original, natural design in order to make humans stronger, healthier, and better for years. And they’ve had some success, eradicating many diseases and significantly extending the human lifespan.

The genetics research community scrambled for new ground rules after the now-infamous scientist He Jiankui experimentally gene-hacked several human embryos and allowed them to be born as babies.

According to The Wall Street Journal, some of those rules are starting to take shape. On Monday, a special World Health Organization advisory panel issued two new reports outlining recommendations and ethical guidelines for the international research community on thorny genetics ethics issues.

Scientist experimentally gene-hacked several human embryos and allowed them to be born as babies, the genetics research community began to scramble to for new ground rules.

Unfortunately for those who hoped that recent advances in CRISPR technology would allow them to gene-hack their way into some swole muscles, it appears that human augmentation outside of medical necessity is on the chopping block.

The CRISPR system is a powerful gene-editing tool that allows scientists to target a specific DNA sequence and either remove or replace disease-causing genes. CRISPR is a relatively new technology, and we still don’t know enough about how it works or the exact side effects. We don’t know, for example, whether the changes are limited to the targeted DNA sequence or if they will have unintended consequences elsewhere in the genome.

“We discovered that changes in DNA had previously been severely underestimated,” said Allan Bradley, a professor at Britain’s Wellcome Sanger Institute who co-led the study. The findings are consistent with the findings of a separate study published last month, which suggested that CRISPR/Cas9 may increase the risk of cancer in some cells.

“We want people to look at what is happening now and what we need to do to shape the way the research will proceed,” said Françoise Baylis, a gene editing ethicist and committee member at Dalhousie University.

Along with gene editing to improve human performance, the reports warned against germ-line editing or any genetic change that a patient would pass on to their future children. Instead, ethicists generally agree – and the committee recommends – that it is best to focus on edits that are intended to treat or reverse diseases.

Biohacking, in its most basic form, can be defined as doing things that improve the function of your body and mind. Having a regular sleeping schedule or avoiding sugar could be considered biohacks (though most of us would just call that healthy living). American entrepreneur and Bulletproof nootropics founder Dave Asprey, who has brashly claimed to be the “father of biohacking,” offers a second definition: biohacking is “the art and science of becoming superhuman.”

The report also attempted to ensure that gene therapies were distributed equitably around the world. Clinical trials are too frequently conducted in poorer countries, according to the authors, while the resulting therapies end up in wealthier countries, with high prices attached. Unfortunately, the WHO reports face the same problems as other international treaties: it is unclear who will enforce them beyond voluntary adherence.

“It is still a very open question in my mind as to who is responsible for doing it,” Jeffrey Kahn, a bioethicist at Johns Hopkins University who worked on a similar report last year, told the WSJ, “and who is going to step up.”