Home Literature A Sly Fox and a Foolish Crow 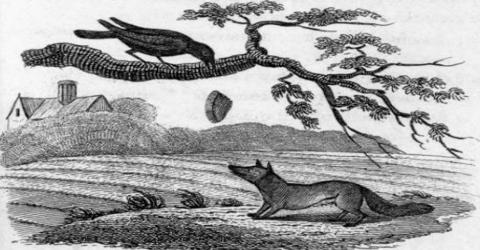 A sly fox and a foolish crow

Once there was a foolish crow. One day it was flying over a meat shop. When the shopkeeper looked behind, it stole a piece of meat. The shopkeeper did not see the crow stealing the piece of meat from his Shop. The crow flew to a distant tree and sat on a branch of a tree. 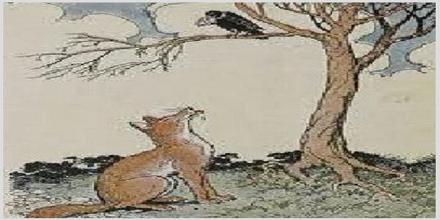 Under the tree there was a sly fox who noticed it. The fox was greedy and clever also. He thought for sometimes and asked the crow to sing a song with its beautiful voice. The foolish crow at first did not want to sing but the sly fox said, “If you start singing, most of the animals of the forest will come to hear and you will be famous.” Hearing it the foolish crow felt proud and started singing. When he opened his mouth, the piece of meat fell down. The Clever fox, which had just been waiting for this very moment, caught the bread in his mouth and gulped it down his throat.

The crow had paid a heavy price for his foolishness. The foolish crow could not do anything.

Moral: Do not believe a flatterer.