Home Literature Failures are the Pillars of Success 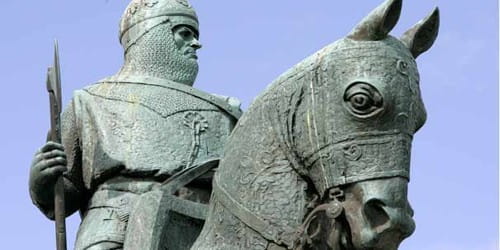 Failures are the pillars of success

There lived a king in Scotland. His name was Robert Bruce. He fought several battles to regain his count’s freedom but was each time defeated. He was a great king and greatly loved by his people. His country was frequently invaded by the British and was subsequently captured by them. Battle after battle he had fought with England. Six times Robert the Bruce had led his brave little army against his foes. Naturally, he was very sad. One day sitting up in his hiding place, he was brooding over his misfortune. Suddenly he noticed a spider trying to read the ceiling with the help of its silken thread to complete the cobweb. The spider tried, again and again, to go up but dropped down every time. Six attempts made by the spider failed one after another. But still, it did not give up the struggle and went on trying. But the spider did not lose hope. With still more care, she made ready to try for the seventh time.

Robert the Bruce almost forgot his own troubles as he watched, fascinated. Bruce observed the spider with keen interest and saw that the seventh attempt of the spider succeeded. The perseverance of the spider encouraged Bruce. He saw a ray of hope. Filled with new hope he brought together his scattered forces and faced his enemies once more with renewed energy. He came out of the cave, took hold of his installations, collected his army and strength with great might and gave a tough fight to the British. This time he prevailed over his enemies and succeeded in defeating them. It wasn’t long before England recognized Scotland as an independent country with Robert the Bruce as its rightful king.

Moral: Failures are the pillars of success.