Home Other An Airport 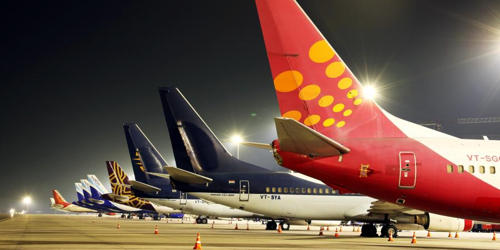 An airport is a landing and taking off area of the planes. It is a complex of buildings and runways for take-off, landing, and maintenance of civil aircraft. It is a station and parking zone for the airbuses. Most airports in the world have only a long strip of level ground called a runway. Planes come here from all over the world and go there continuously. It is interesting to see how the movement of so many planes is tracked in perfect order.

An Airport is a very reserved and conservative area. It has very strong security. Many airports have buildings that are used to hold airplanes and passengers. It is conducted by the government or authority. No one can exit or enter into it without the permission of the authority. It has a passenger terminal and some runways. A building that holds passengers waiting for their planes or luggage is called a terminal. It has also many checking posts, lounge rooms, control rooms, guardrooms, etc. The sections between the plane and the terminal are called “gates”. It is also a mending or repairing workshop for the planes. Planes take their fuel and many other necessary things from here. Airports also have buildings called hangars to hold planes when they are not used. An airport used by the military is often called an air force base or airbase. An aircraft carrier is a floating airbase.

An airport has three main types of facilities. One is for passengers, one for airplanes on the ground, and one for planes that are taking off or landing. An international airport is a large airport that airplanes can use to fly to and from other countries. A domestic airport is an airport which is usually smaller and only has airplanes coming from places in the same country. It has facilities for passengers. It should be a high land. Water does not flood here during the rainy season. Some airports have buildings to control the airport, like a control tower which tells planes where to go. Every country has some international airports. It plays a vital role in the field of international relations.