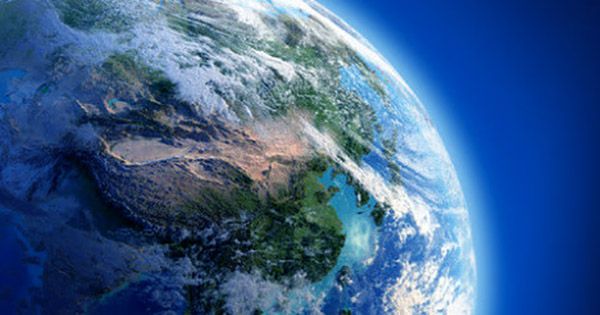 About 2.4 billion years ago, free oxygen began to fill the Earth’s atmosphere for the first time in a period called the Great Oxidation Event (GOE). After this period, it is generally believed that oxygen levels have been declining for more than a billion years. However, a new study of ancient rocks formed during the fall of this prediction found evidence of actually high levels of oxygen – a surprising discovery for the researchers involved.

Kaarel Mänd, a candidate at the University of Alberta, Canada, and lead author of the study published in Nature Geoscience, said in a statement, “What we’ve got contradicts the conventional view.” “This will force the Earth Science community to rethink how the carbon and oxygen cycle operated in the early Earth.”

The reason for this international researcher’s surprising conclusion is that a 2-billion-year-old specimen of shungite – originally hidden in a unique carbon-rich sedimentary rock found in Russia – was discovered when the Earth’s conditions were discovered. The researchers found excessive levels of molybdenum, uranium, and rhenium in addition to the high uranium isotope ratio. As a Mänd note, these are signs of a high concentration of oxygen at the bottom of the earth.

Mänd explained, “These trace metals only seem to be common in Earth’s oceans and sediments when there is plenty of oxygen.” “The metallic concentrations of these traces are irresistible in the early history of the Earth, suggesting high levels of oxygen during the accumulation of shungite.”

However, this differs from the widely accepted models of the Earth’s carbon and oxygen cycles, which predict a rapid decrease in oxygen levels after the Great Oxidation Event when shingles accumulate. These opposing decisions suggest to the authors that the earth was well oxygenated for millions of years after the end of GEO.

This search can have an impact on our understanding of when complex life first evolved. Eukaryotic cells, the precursors of all complex life, are needed to enrich high oxygen levels. Thus, as this study suggests, the existence of a longer oxygenated primordial Earth suggests that complex life may evolve much faster than we expected. Further research by the University of Alberta and the University of Tartu in Estonia will study the delay between the initial increase in oxygen and the spread of eukaryotes.