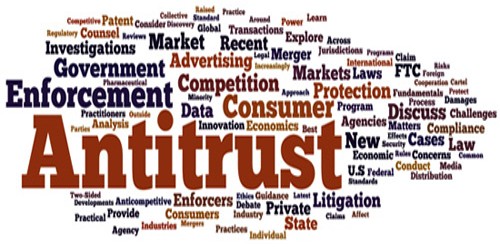 The antitrust policy is the purpose of always preserve completion. Most of the businessman competed on reasonably even terms. Within small closed markets and government stood weekly by performing its, assigned limited function. It is an American economics system to perfect completion.

(a) Social concert over badness concentration: A major concern of society at the turn of the century was the question of where business concentration. Would lead if left unchecked. Society was concerned with ideas of consumer protection. It had been observed that when business firms combined to form a monopoly the quality of products and services often deteriorated rapidly.

(b) Objectives of Antitrust: The objective of antitrust legislation at least as the policy was originally conceived. From the economic viewpoint antitrust was an attempt to cling to the belief in the economic model of perfect competition. Form the political viewpoint it stemmed from a reluctant choice so allocation to government more power over business. From a social viewpoint antitrust was the result of a continuing belief in the Protestant ethic.

(c) Effective of antitrust legislation: Mergers have occurred in waves and each wave has been large than the previous one but until recently, there has been little corresponding increase in attempts to curb business consolidation through exercising antitrust legislation. All this suggests that society, wants the economic benefits which result from large-size firms but at the same time wants to guard against too much concentration of power by imposing restriction and checks on business.

How to Overcome Employee Dissatisfaction?