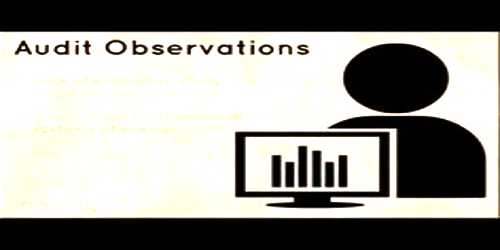 The Comptroller and Auditor General (C & AG) is an authority established by the constitution who audits all receipts and expenditure of the Government and the state governments, including those of bodies and authorities substantially financed by the government. The C & AG is also the external auditor of Government-owned corporations and conducts a supplementary audit of government companies, any non-banking / non-insurance company in which the state and Union governments have an equity share of at least 51 percent or subsidiary companies of existing government companies. The reports at the C & AG are taken into consideration by the Public Accounts Committees. The C & AG is also the head of the Audit and Accounts Department, the affairs of which are managed by officers of Indian Audit and Account service, and has over 58,000 employees across the country.

(a) Prepare standard audit reports in time and submit to the Honorable President;

(b) Assist in establishing accountability and transparency through an effective audit of Government Receipts and Expenditure;

(d) Issue audit certificates for Government Finance Accounts after due auditing, as part of constitutional obligations;

(f) Play an effective role in presenting irregularity and corruption in all fields of Government Financial Management through audit;