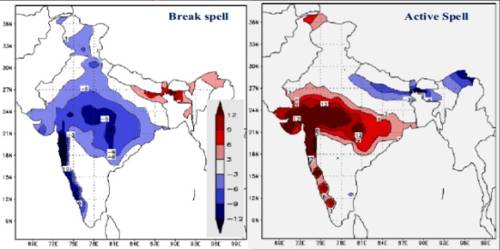 During the south-west monsoon period after having rains for a few days, if rain fails to occur for one or more weeks, it is known as the break in the monsoon. These dry spells are quite common during the rainy season. For over a century, the term break has been used for spells in which the rainfall over the Indian monsoon zone is interrupted. The phenomenon of ’break monsoon’ is of huge concern because long intense breaks are often related to poor monsoon seasons. These breaks in the different regions are due to different reasons:

(i) In northern India, rains are likely to fail if the rain-bearing storms are not very frequent along the monsoon trough or the ITCZ over this region.

(ii) Over the west coast, the dry spells are associated with days when winds blow parallel to the coast. 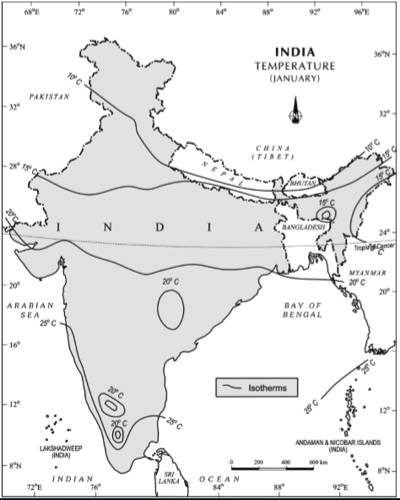 The Rhythm of Seasons

The climatic conditions of India can best be described in terms of an annual cycle of seasons. The meteorologists recognize the following four seasons:

(i) the cold weather season,

(iii) the southwest monsoon season and,