Home Geology Some Major Minerals and their Characteristics 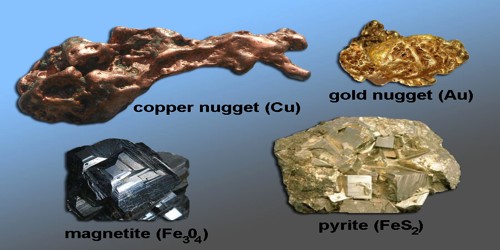 Here explain some major minerals and their characteristics:

Silicon and oxygen are common elements in all types of feldspar and sodium, potassium, calcium, aluminum, etc. are found in specific feldspar variety. Half of the earth’s crust is composed of feldspar. It has a light cream to salmon pink color. It is used in ceramics and glassmaking.

Pyroxene consists of calcium, aluminum, magnesium, iron, and silica. Pyroxene forms 10 percent of the earth’s crust. It is commonly found in meteorites. It is green or black in color.

Aluminum, calcium, silica, iron, magnesium are the major elements of amphiboles. They form 7 percent of the earth’s crust. It is in green or black color and is used in the asbestos industry. Hornblende is another form of amphibole.

It comprises potassium, aluminum, magnesium, iron, silica, etc. It forms 4 percent of the earth’s crust. It is commonly found in igneous and metamorphic rocks. It is used in electrical instruments.

Magnesium, iron, and silica are major elements of olivine. It is used in jewelry. It is usually a greenish crystal, often found in basaltic rocks. Besides these main minerals, other minerals like chlorite, calcite, magnetite, haematite, bauxite, and barite are also present in some quantities in the rocks.

Iron helps make hemoglobin (the oxygen-carrying chemical in the body’s red blood cells) and myoglobin (a protein in muscle cells). Iron is essential for activating certain enzymes and for making amino acids, collagen, neurotransmitters, and hormones.

Sulfate minerals contain sulfur atoms bonded to oxygen atoms. Like halides, they form where saltwater evaporates. The sulfate group contains many different minerals, but only a few are common.

Common physical properties of minerals include: