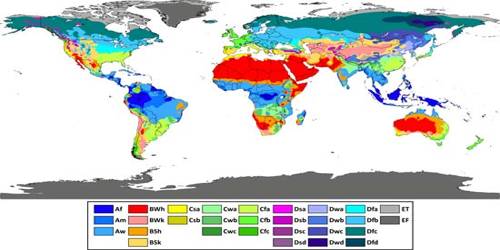 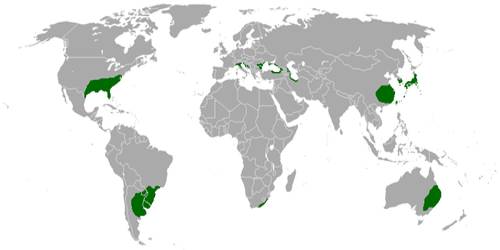 The rainfall in both the climates is highly variable. The variability in the rainfall affects the life in the steppe much more than in the desert, more often causing famine. Rain occurs in short intense thundershowers in deserts and is ineffective in building soil moisture. Fog is common in coastal deserts bordering cold currents. The maximum temperature in the summer is very high. The highest shade temperature of 58° C was recorded at Al Aziziyah. Libya on 13 September 1922. The annual and diurnal ranges of temperature are also high.