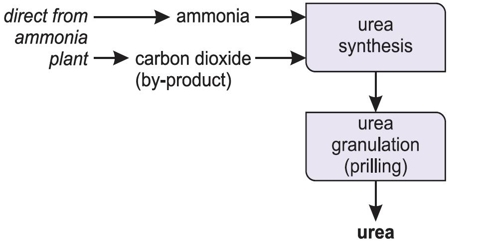 Urea: Chemically urea is the di-amine of carbonic acid or carbamide.

(i) From phosgene gas.

Urea is produced commercially from natural gas. In this process natural gas is combusted to form Carbon dioxide (CO2). Again Ammonia (NH3) is prepared by Haher- Bosch process. Then ammonium carbamate is prepared by the reaction between Carbon dioxide and Ammonia. This is then decomposed by heat to produce urea. A mixture of compressed CO2 and ammonia at 240 barg is reacted to form ammonium carbamate. This is an exothermic reaction, and heat is recovered by a boiler which produces steam. The first reactor acheives 78% conversion of the carbon dioxide to urea and the liquid is then purified. 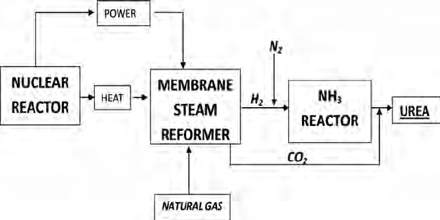 Urea is the world’s most commonly used nitrogen fertilizer and indeed more urea is manufactured by mass than any other organic chemical.