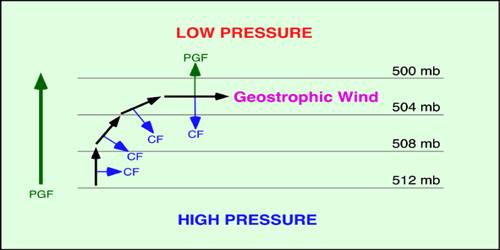 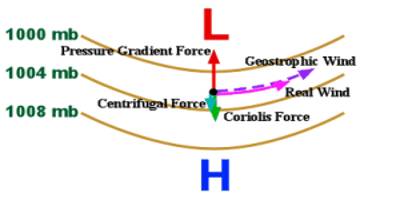 Air under the influence of both the pressure gradient force and Coriolis force tends to move parallel to isobars in circumstances where friction is low (1000 meters above the surface of the Earth) and isobars are in a straight line. Winds of this category are generally called geostrophic winds. As the air mass starts to move, it is deflected to the right by the Coriolis force. The deflection increases until the Coriolis force is balanced by the pressure gradient force. At this point, the wind will be blowing parallel to the isobars. When this happens, the wind is referred to as the “geostrophic wind”.

Fog and Mist in the Atmosphere