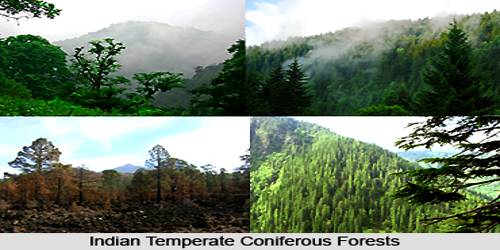 Tropical Deciduous Forests are the most widespread forests of India. They are also called the monsoon forests. They spread over regions which receive rainfall between 70 – 200 cm. The forests are found along the wet western side of the Deccan plateau, i.e. Mumbai, Andhra, Gangetic plains and in some Himalayan tracts extending from Punjab in the west to Assam valley in the east. On the basis of the availability of water, these forests are further divided into moist and dry deciduous. The trees in these forests shed their leaves for about six to eight weeks in summer.

The Moist deciduous forests are more pronounced in the regions which record rainfall between 100 – 200 cm. These forests are found in the northeastern states along the foothills of the Himalayas, eastern slopes of the Western Ghats and Orissa. Teak, sal, shisham, hurra, mahua, amla, semul, kusum, and sandalwood etc. are the main species of these forests. These forests produce some of the most important timbers of India. Grasses become important both in seral stages and in the areas under fire. Dry deciduous forest covers vast areas of the country, where rainfall ranges between 70 -100 cm. On the wetter margins, it has a transition to the moist deciduous, while on the drier margins to thorn forests. These forests are found in rainier areas of the Peninsula and the plains of Uttar Pradesh and Bihar. In the higher rainfall regions of the Peninsular plateau and the northern Indian plain, these forests have a parkland landscape with open stretches in which teak and other trees interspersed with patches of grass are common. As the dry season begins, the trees shed their leaves completely and the forest appears like vast grassland with naked trees all around. Tendu, palas, arnaltas, bel, khair, axlewood, etc. are the common trees of these forests. In the western and southern part of Rajasthan, vegetation cover is very scanty due to low rainfall and overgrazing.