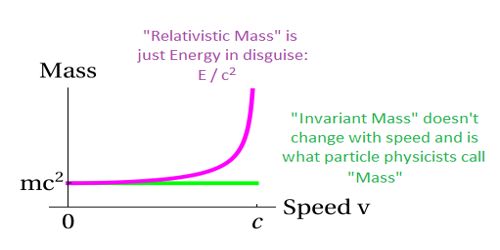 The term mass in special relativity usually refers to the rest mass of the object, which is the Newtonian mass as measured by an observer moving along with the object. It refers to the mass of a body which changes with the speed of the body as this speed approaches close to speed of light, it increases with velocity and tends to infinity when the velocity approaches the speed of light. The relativistic mass is a function of the rest mass and the velocity of the object.

What is Magnitude of Buoyancy?