English Physicist Robert Hooke (1635 – 1703) in the year 1676 put forward the relation between the extension produced in a wire and the restoring force developed in it. The law formulated on the basis of this study is known as Hooke’s law. According to Hooke’s law, within the elastic limit, strain produced in a body is directly proportional to the stress that produces it. 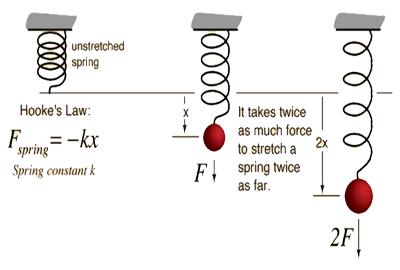 Stress a strain = Stress / strain = a constant, known as modulus of elasticity.

Theory of Relativity in Journey to Space