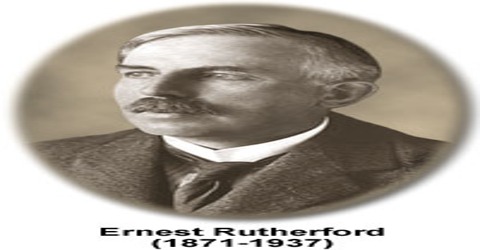 Contribution of Lord Rutherford in Successive Development of Modern Science

Rutherford is known father of Nuclear Science. Until nineteenth century scientists had the idea that atom was composed of positively charged material and negatively charged electrons are randomly distributed in positively charged materials. Total numbers of positive and negative charges are same in each atom. Rutherford was one of the first to design highly original experiments with high-frequency, alternating currents. He discovered and named the atomic nucleus, the proton, the alpha particle, and the beta particle.

In 1911, Rutherford from his famous alpha scattering experiment came to the conclusion that all positive charges and mass of an atom are concentrated at a very small space, called the centre. Rutherford gave its name as nucleus. Around this nucleus some electrons are rotating in circular path. Rotational force of electrons and Colombian attractive force between nucleus and the electrons are equal and opposite; hence electrons revolve round the nucleus at a fixed distance in steady condition. This model of atom may be compared with solar stem. Although Rutherford’s model was superior to many other models, it had some limitations which Neil Bohr removed.