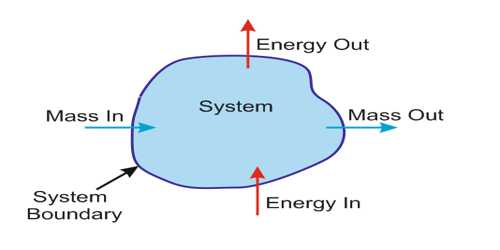 It is the substance and radiative content of a macroscopic volume in space, that can be sufficiently described by thermodynamic state variables such as temperature, entropy, internal energy, and pressure. 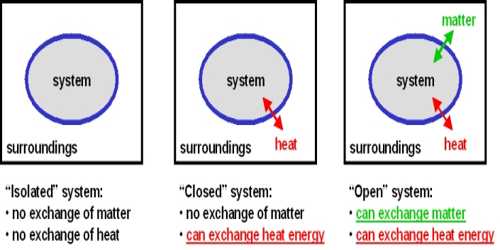 There are three major kinds of system: open system, closed system, and isolated system. All these have been described below:

Open system: The system in which the transfer of mass, as well as energy, can take place across its boundary is called as an open system.

Isolated system: The system in which neither the transfer of mass nor that of energy takes place across its boundary with the surroundings is called an isolated system.

Characteristics and examples of Irreversible Process