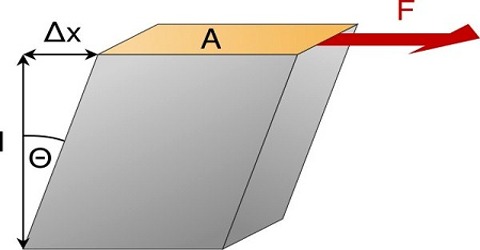 Within the elastic limit, the ratio of the shearing stress and shearing strain is constant. This constant is called rigidity modulus. It is expressed as ‘n’ 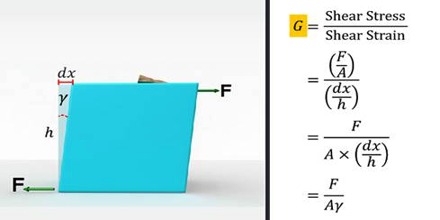 Modulus of Rigidity can be determined by performing a tensile stress test where stress vs strain is plotted. The slope of the line is equal to the Modulus of Rigidity. Rigidity modulus of iron is 7.7 x 1010 Nm-2 means that in order to produce one-radian angular rotation the upper surface of the cube of iron the force needed to apply on the upper surface of the cube is: 7.7 x 1010 N.

What is Flow of Fluids?