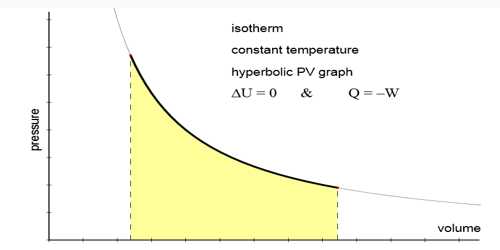 Again if a gas is expanded suddenly it loses some amount of heat during doing work against the external pressure. Consequently, its temperature will decrease. But if the gas is expanded very slowly and necessary heat is supplied from outside, then the temperature will remain constant. This type of change is called isothermal change. So it is seen that during isothermal change the temperature is kept constant either by supplying heat to a gas or sometimes by removing heat from the gas. 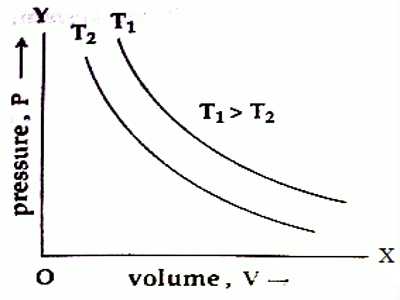 If a graph is drawn at the constant temperature, T by plotting volume of an ideal gas along X-axis and pressure along Y-axis, then the graph will be a rectangular hyperbola [Figure]. For different temperatures, different curves of same types are found. These graphs are called isothermal graphs.